Recently, we were on Covington Pike, where we were waiting for Garrett's car to get an auxiliary music port.  I thought it was going to be a quick trip, but it ended up taking hours.  Therefore, I decided that we needed food. 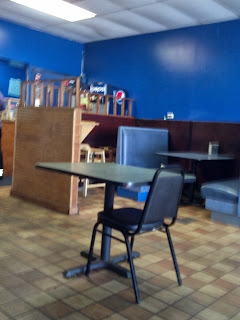 At first, I only saw fast food chains, but then I saw Don Don's.  I actually don't think I have ever eaten at one, even though it's a Memphis thang. 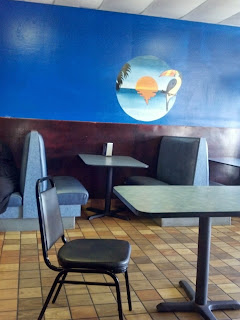 It was a random, non meal time.  There were two other groups in the restaurant. 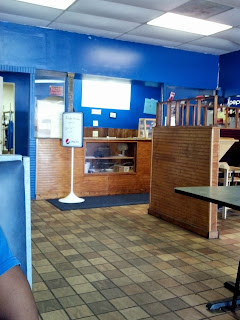 It's a place where you order at the window.  I noticed that they have different specials everyday.  The restaurant was small, but kinda cute. 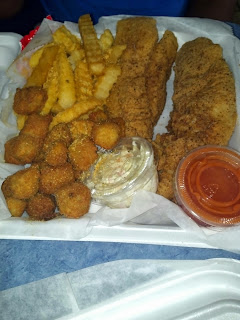 The food is great.  Garrett ordered the fish plate, which came with two sides. With his catfish, he got fries and okra.  The fries were nothing special, but the fish and the okra hit the spot. 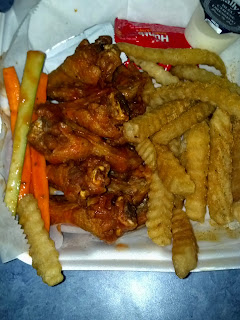 I didn't want to order the same thing, so I got the hotwings, which came with fries.  They were also good.  I can't remember the price, but nothing was very expensive.  Try it out.  Good fish and good wings.