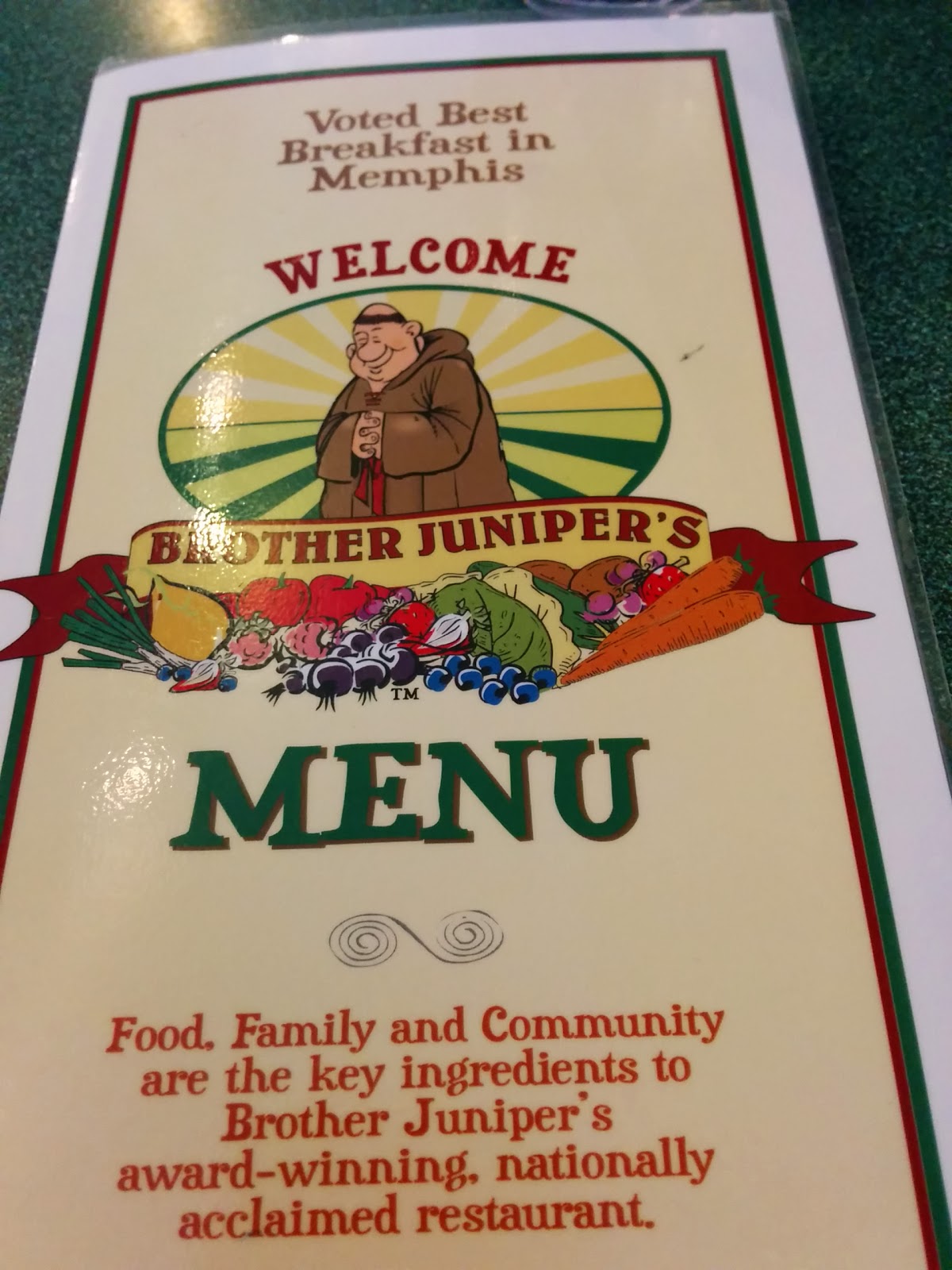 So... some friends were in town and wanted to go to brunch.  We decided to try Brother Junipers.  We got there and they had a ridiculously long wait. They had to leave after brunch, so we couldn't wait two hours.  I had been, but it had been like 10 years, so I wanted to try this place.  Eventually they came back, and we were willing to wait the one hour.

I think the prices are a tad high.  However, our service was excellent.  I ordered a regular coffee and our server kept it full.  She was also very cheery, which was nice.

One of my friends is vegan and he greatly enjoyed his tofu scramble.

My other friend had the four cheese omelette and the cheese grits.  She said she had a cheese overload.  However, she loved her waffle.

I loved my food.  I had cheese grits.  Yes, they are really cheesy, but I love cheese.  I also had my eggs fried with sausage.  They were fine.  I also added a side of gravy for my biscuit.  I love gravy and I love biscuits.

I like this place... I just wish the wait wasn't so long!! 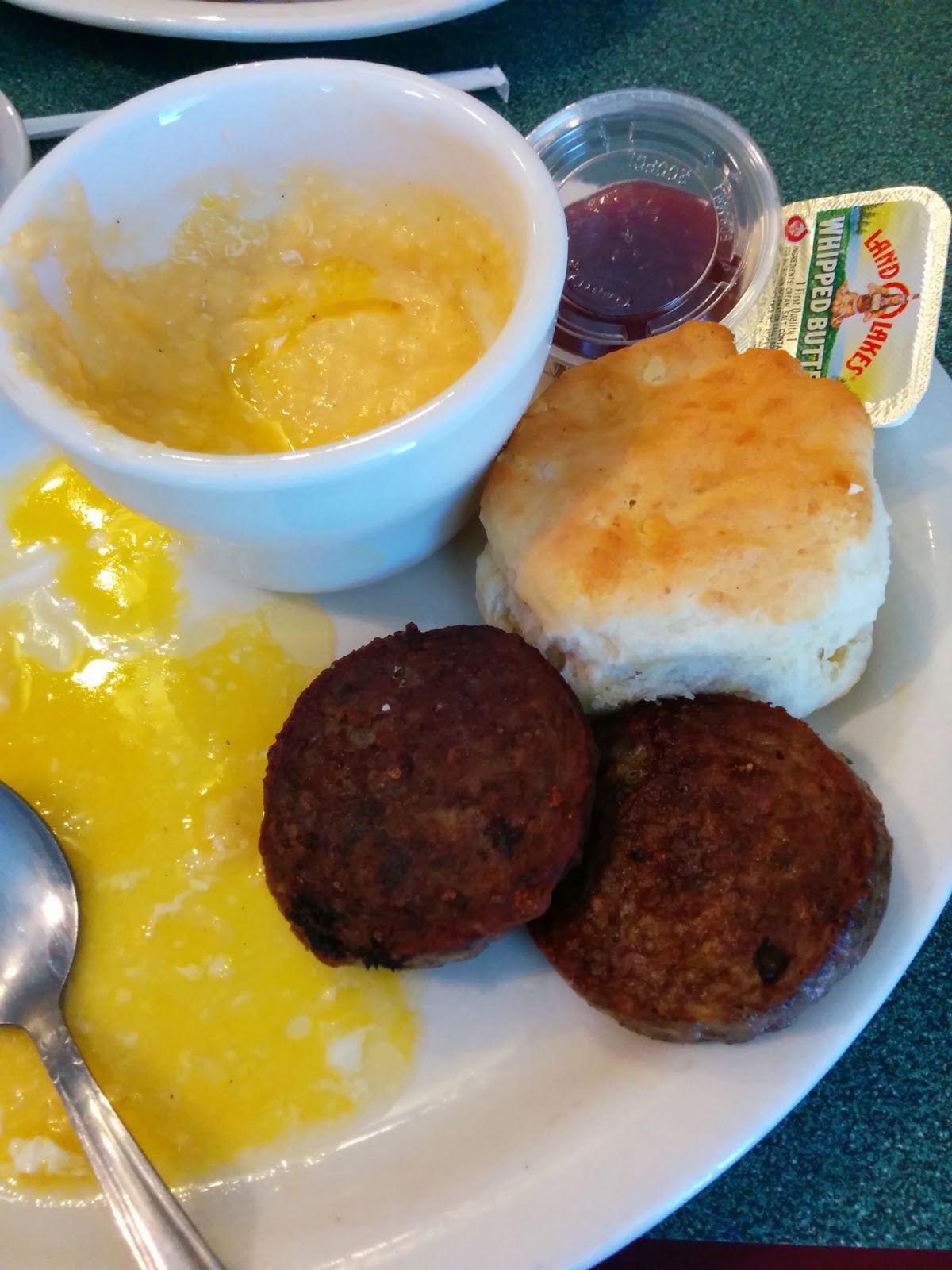 Posted by Unknown at 6:01 PM No comments:

So... the other day, my dinner crew was going to a new restaurant that had a super long wait, so we made the change to try out Arepa and Salsa.  I had been wanting to try them for a while, but for some reason I hadn't.


This was right before Christmas, and they ended up having a Christmas special.  They had a typical Christmas Venezuelan meal.  Naturally, I had to order that.  I also had an order of their UFO's, which is basically fried cheese.  It was ok. 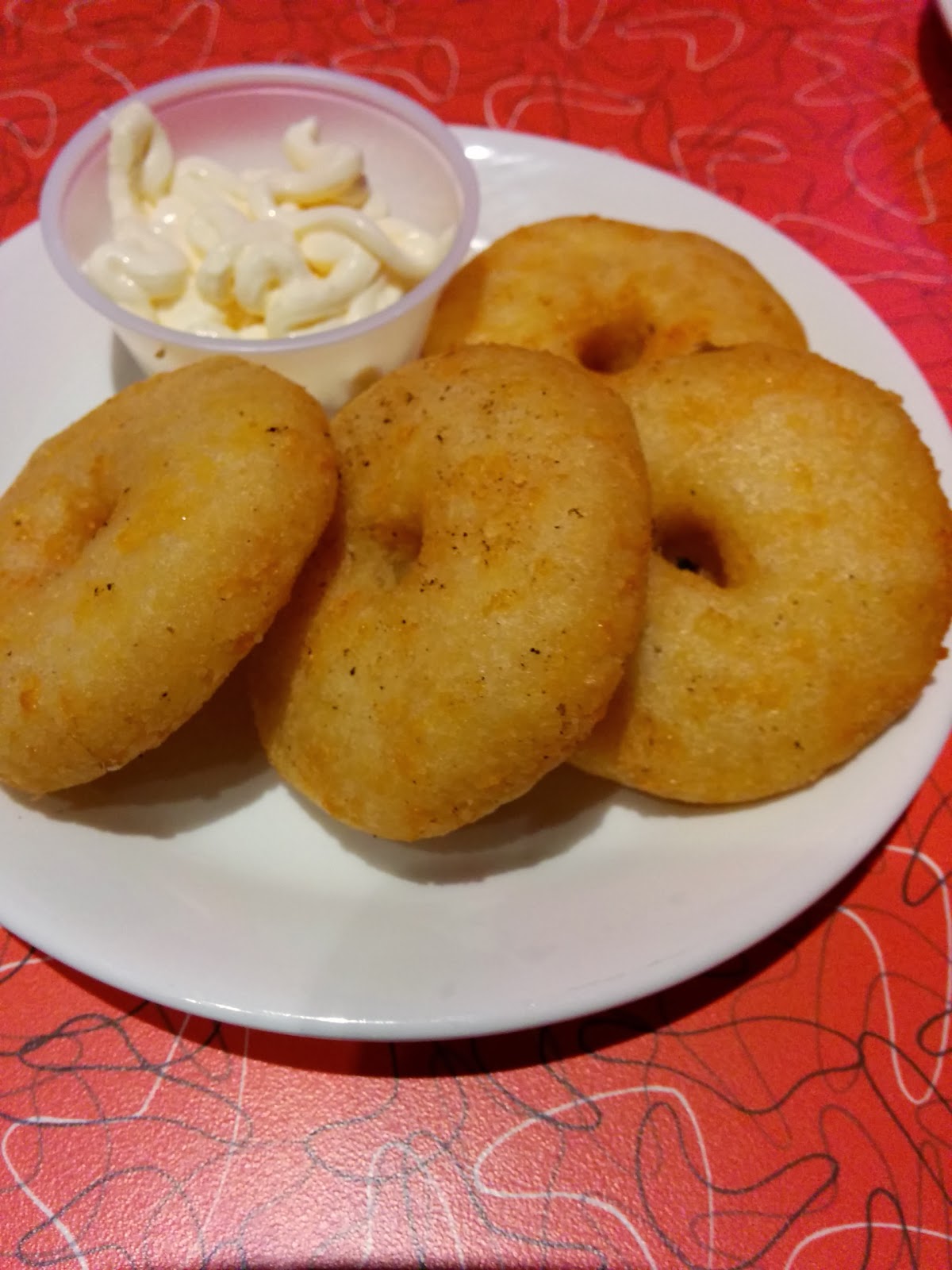 Another member of our crew ordered the tostones cups.  These were great.  Their were several different ones each with a different meat. 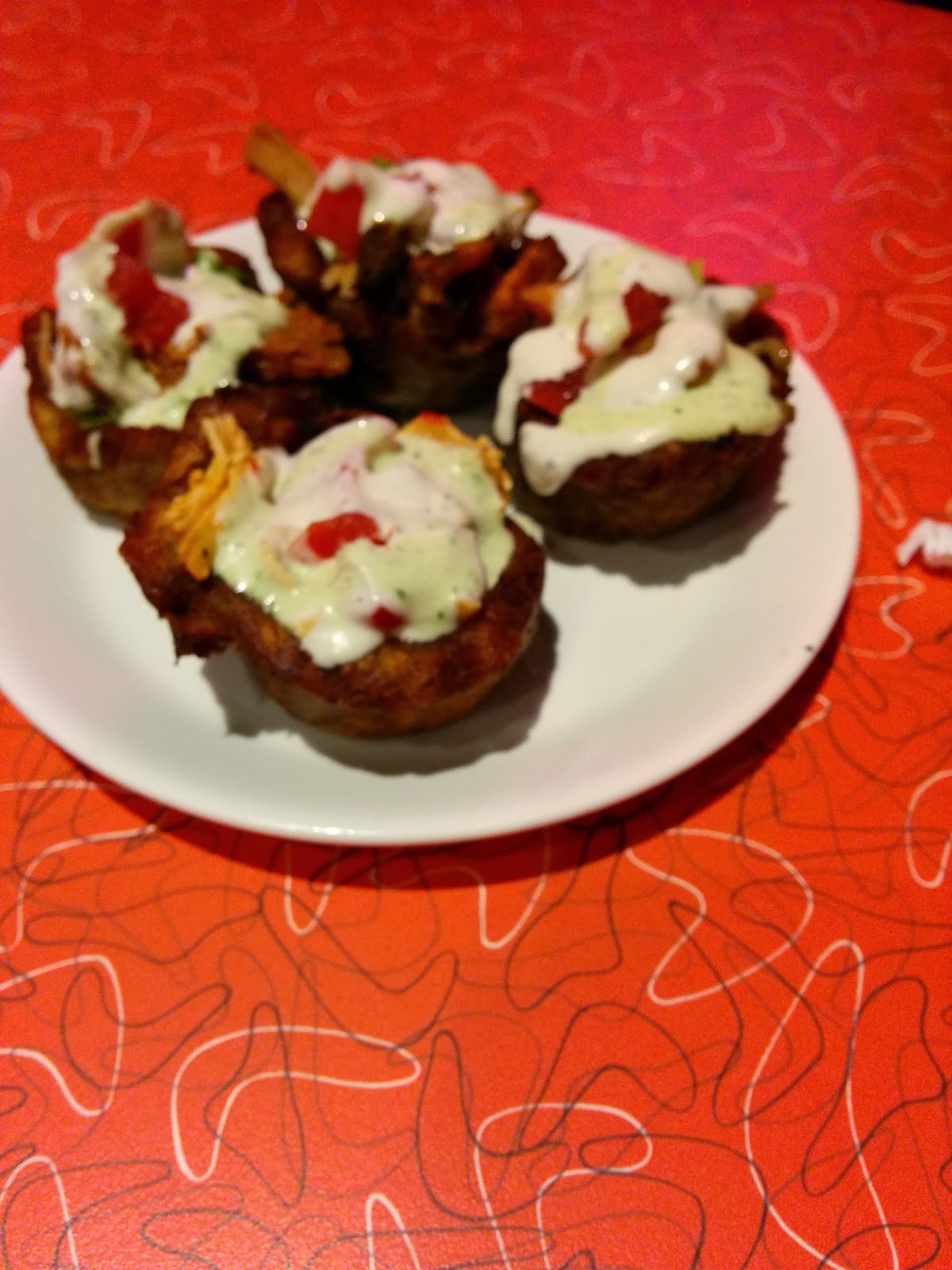 Another member ordered the empanadas which were also very good. 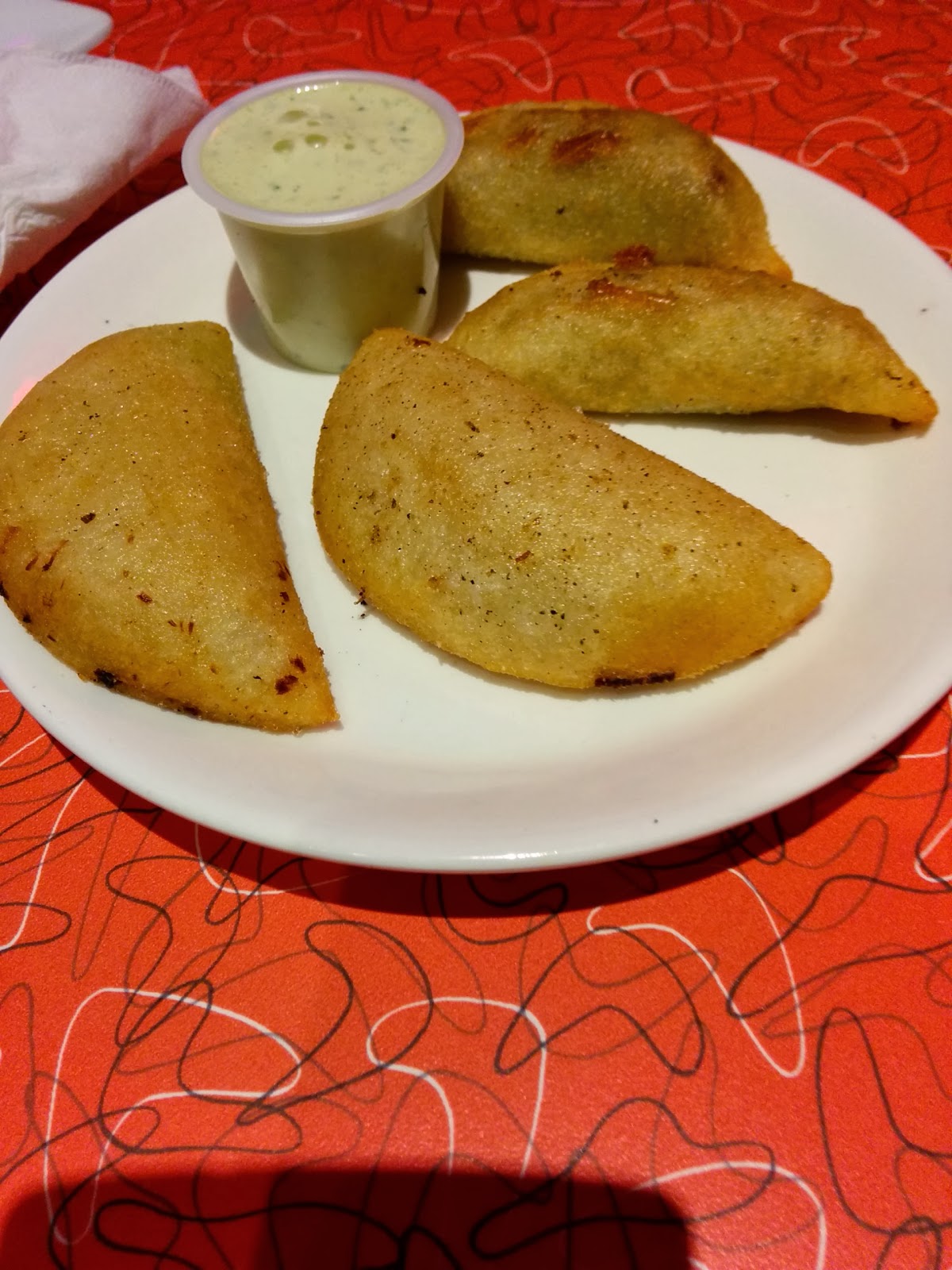 Now, back to that Christmas meal.  It was very tasty, but also unique.  I had never had some of the items quite like they were prepared.  The main dish was called Hallacas.  This was kind of like a tamale but it wasn't in a husk when it was served.  It had a variety of meats, raisins, and olives in a maize type substance.  It was tasty.  I wish it had been a little warmer.  It also had a pan de jamon.  It was like a mini sandwich that had ham, raisins and olives in a pastry type bread.  There was also a cup of chicken salad.  It was very heavy on the potatoes. 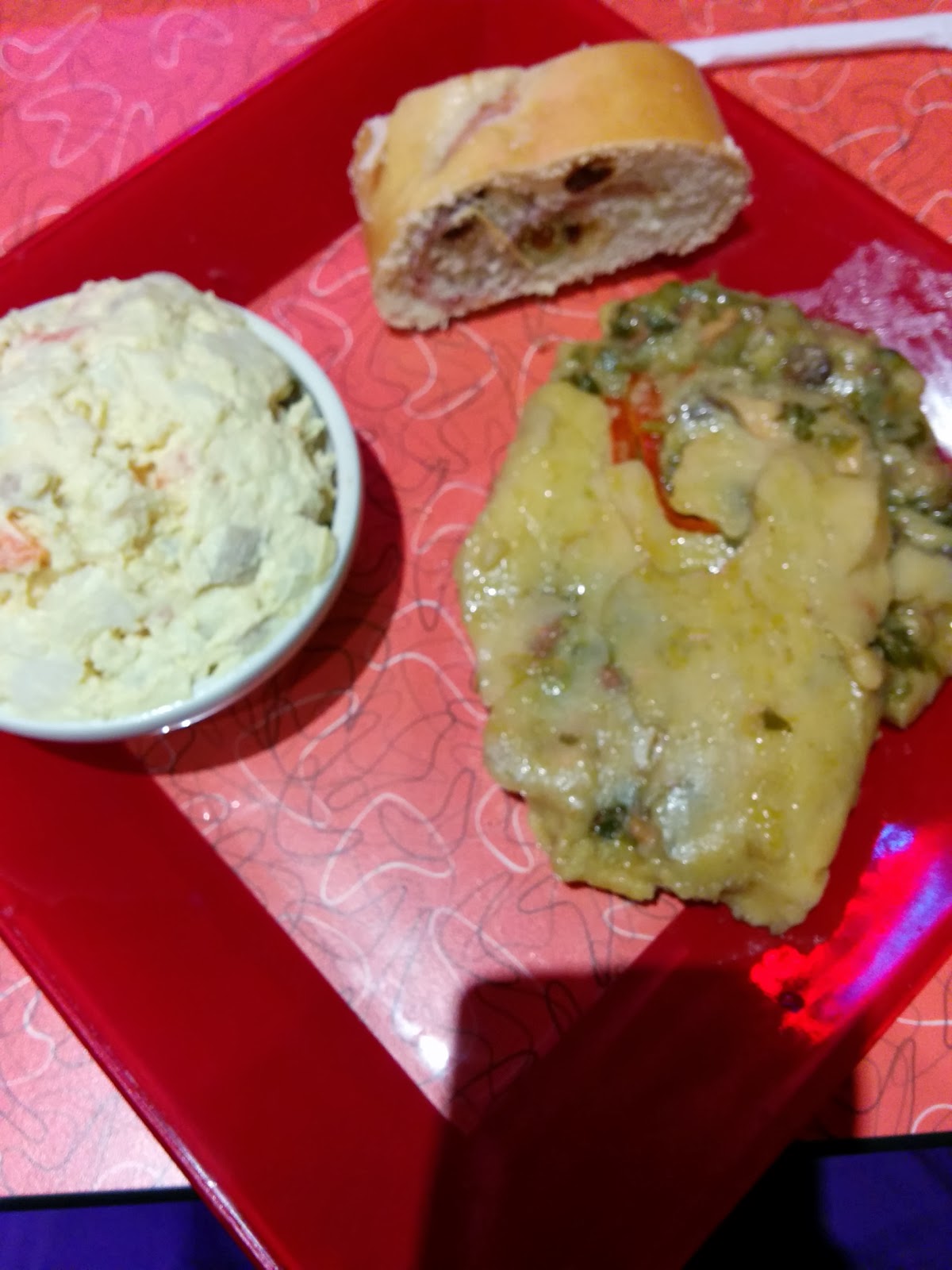 So, I googled the information after the meal and that is really what they eat.  It was different, but in a good way.

I need to go back and try an arepa, which is their namesake.  I recommend this place!!

Posted by Unknown at 7:30 PM No comments: