One area of Memphis is known as Overton Square.  In the 70s and 80s, it was the place to play in Memphis.  It saw steady decline, but recently, it has seen a revitalization.

Bar Louie is a small chain restaurant bar.  I have been to one in Little Rock and in St. Louis.

Here is the one in Memphis. 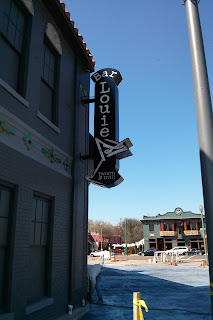 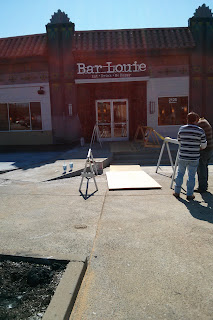 This particular day, I was walking in the area, and we decided to go in and sit at the bar for a drink. 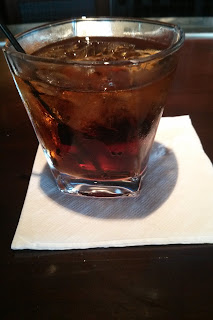 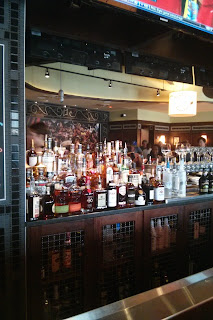 The friendliness continued.  The bar tender was friendly and joked with us.  In fact, they definitely win the friendly award.  We were greeted multiple times and multiple people wanted to help us.

The drink was good.  It was strong, but not too powerful.  I think my whiskey diet was $5.50, so it's not too expensive.

Unfortunately, we didn't eat, so I can't say anything about the food yet.  However, I know what I want when I go back.  It's called the "Blue Louie."  It's a hamburger that comes with blue cheese, spinach, bacon, and buffalo sauce.

I recommend a visit!