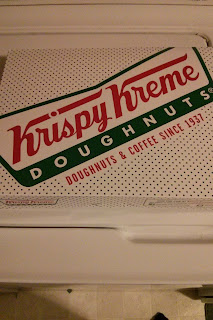 After dinner, I wanted a maple bacon donut from Gibson's, but they were COMPLETELY out of donuts at 10:45pm.  Once I mentioned donuts, two others were bent on going to Krispy Kreme, where we got a dozen hot glaze donuts. 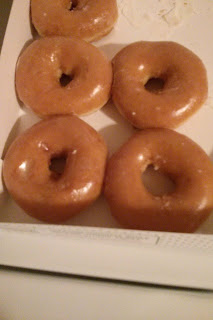 Why stop there?  Another friend and I decided that we would prefer having something savory. 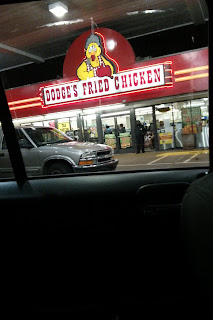 First of all, at 11pm, this gas station was beyond packed with a long line of people needing their late night chicken fix.

I ordered an 8 piece dark and my friend ordered 12 spicy wings. 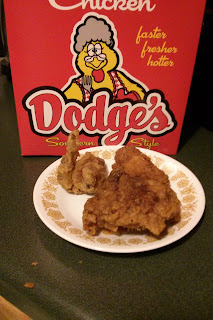 Krispy Kreme donuts are always yummy especially when they are fresh and hot.  Of course, I've never had a bad warm donut from anywhere.  My only complaint is that it's not closer to home.

Dodge's chicken was ok.  There's nothing wrong with it, but it doesn't tantalize your mouth.  The wings were spicy enough, but the breading is a bit thick.  Memphis has many places with superior fried chicken but they aren't open late at night.  If you need late night chicken, you take what you can get.