Arcade is Memphis oldest restaurant; it has been around since 1919. 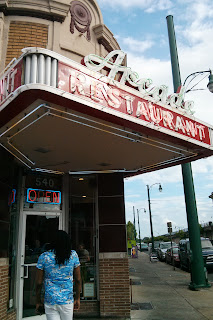 It's a diner in downtown Memphis. 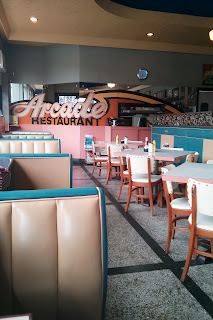 It's open for breakfast and lunch daily.  However, the last Friday of the month it stays open late for the Trolley Tour.  They have beer. 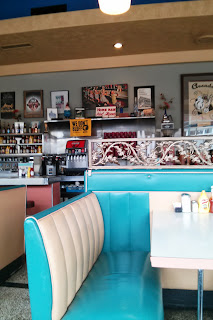 I had the spinach salad, which had a generous portion of feta cheese, egg, and bacon.  I had blue cheese dressing on the side, and I have never had such a large portion to use. 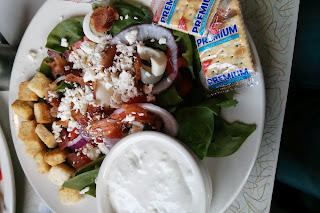 Garrett had the sweet potato pancakes.  I don't like sweet potatoes, but the pancakes were good.  The potato was mixed into the batter, and they tasted like a spiced cake. 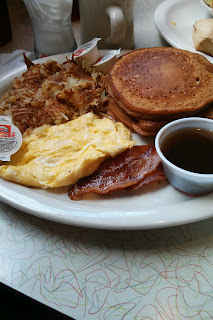 Jefferic had the Memphis Thang, which was smoked turkey and brie cheese with roasted red pepper.  He said it was "really good." 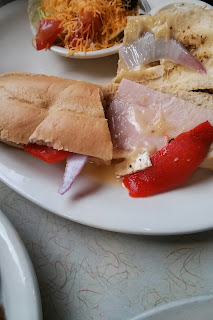 They also have hand dipped milk shakes, and they serve breakfast all day.

It's a Memphis tradition!