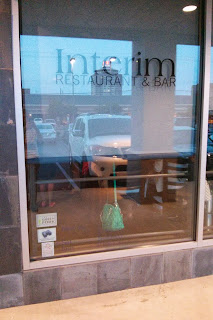 Once a month, we splurge and go out to eat a fine dining restaurant.  While waiting for the rest of the party, we enjoyed a cocktail at the bar.  Based upon the recommendation of the bartender, we had the Hendricks '75, which is gin, lime, champagne, and a cucumber.  It was nice and refreshing. 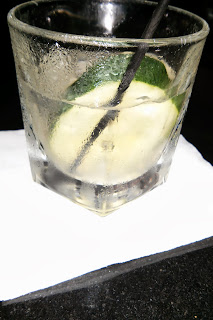 We were given complimentary bread.  It was hard to not eat all of it. 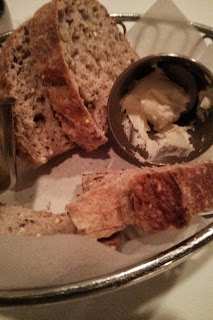 While you're waiting, you can watch the chef prepare your food from the openness of the kitchen. 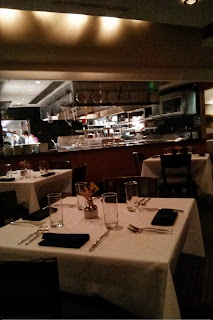 Garrett had the arugula salad that had bleu cheese crumbles, strawberries, and pistachios. 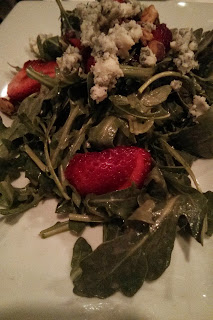 I had to try the steak tartare.  I have never had it before and I wanted to cross it off my bucket list.  Steak tartare is raw beef.  It also came with mini toasts and sauce gribiche (which is an egg based sauce.) 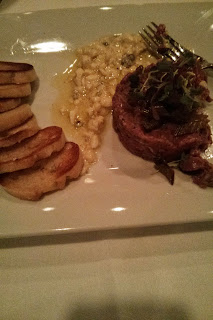 Steak tartare is not my new favorite dish, nor did I hate it.  The idea probably made it the hardest to eat. It was a good combination putting it on the toasts.  If you haven't had it, you should give it a chance. 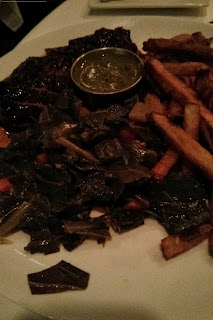 Garrett had the hangar steak, which came with fries and collard greens.  It was all good.  As a lover of soul food and greens, Garrett was impressed with the greens. 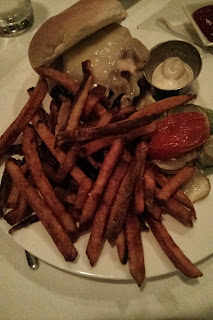 Since I ordered raw beef for an appetizer, I went with a medium rare burger.  It was cooked to perfection. 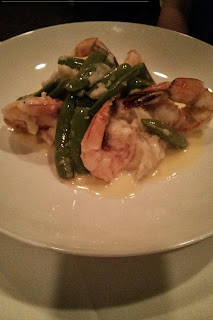 Anna had the butter poached shrimp. 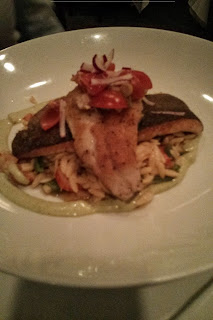 Rita had the fish of the day.  I can't remember what it was, though!

Everything was good.  I liked the ambience of Interim.  I recommend a visit!