Some of my friends are vegan, so I decided to take them to this place that I had read about. 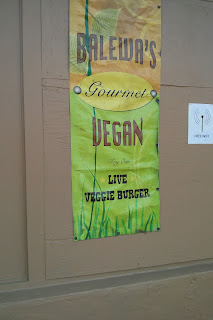 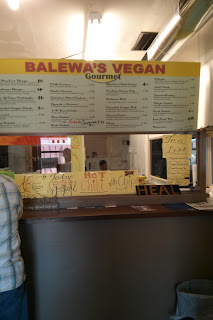 They have a pretty large menu, but I had to try the live burger that I had read about. 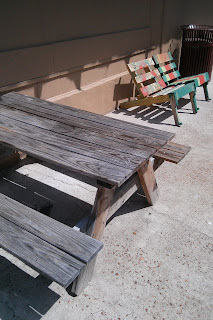 It was a nice day, so I wanted to sit outside. 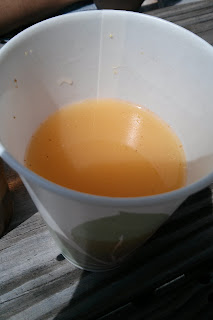 Garrett had a carrot juice.  It is way creamier than I expected. 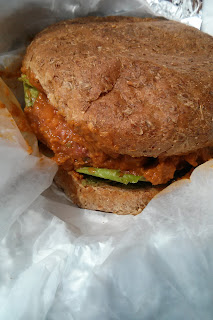 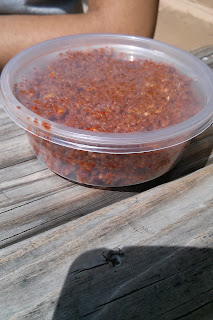 Jefferic said the quinoa chili was one of his favorite things. 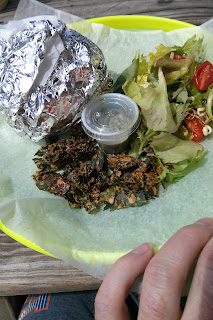 Each sandwich came with kale chips and a salad.  The kale chips were good (not something that I had ever eaten before.) 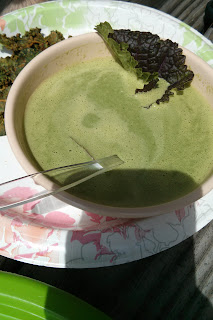 My friend who is actually vegan enjoyed everything including the brocoli soup. 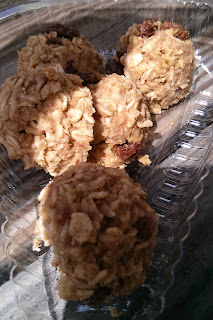 The service wasn't super fast, so we were given free no bake oatmeal cookies.

Everyone was SUPER friendly.  Next time, I'm going to try the falafel.