WIndsor Castle, a bar in England 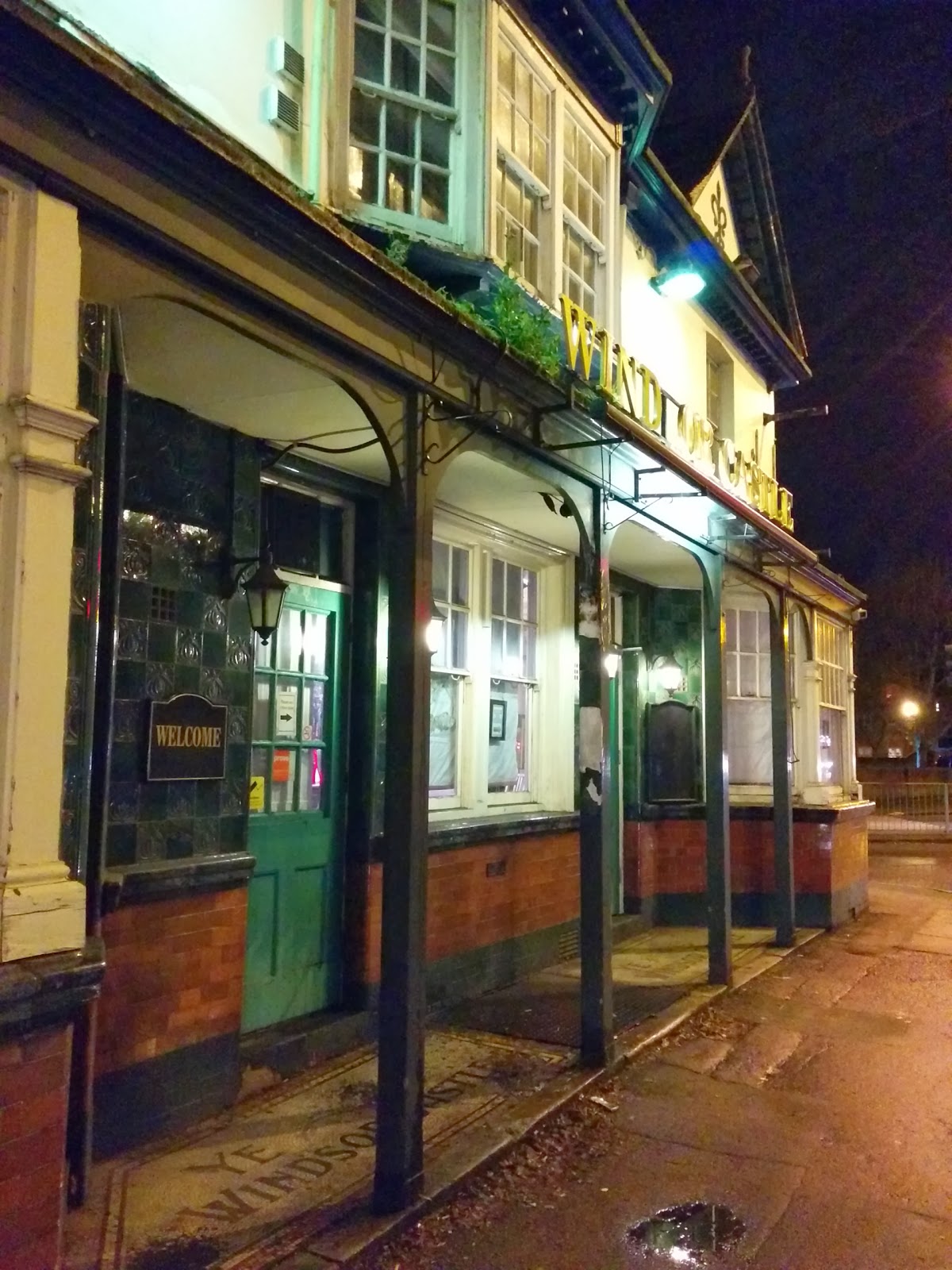 When we visited England, we stayed near London Heathrow airport.  Even though it has the word London it in it, it is very far from what we as Americans think of as London.  Due to flight prices and schedules, we were due to fly back home on January 1st and needed to be at the airport earlier in the morning.  Of course, we didn't want to spend New Years Eve in the hotel, so we found the only gay bar near our hotel.

It was actually a little difficult to find, and apparently is is under new ownership.  They had changed the hours, so we got there before it was even open.  Perhaps we were a bit ambitious to try to go to a gay bar early, but we did anyway.

Anyway, eventually it opened.  It was a fun experience, but it was definitely dead.  By the time, people started to arrive, we were kinda ready to go somewhere else.  We also had to pay attention to the time because our bus was going to stop running before too long, and we didn't want to spend midnight on a bus. 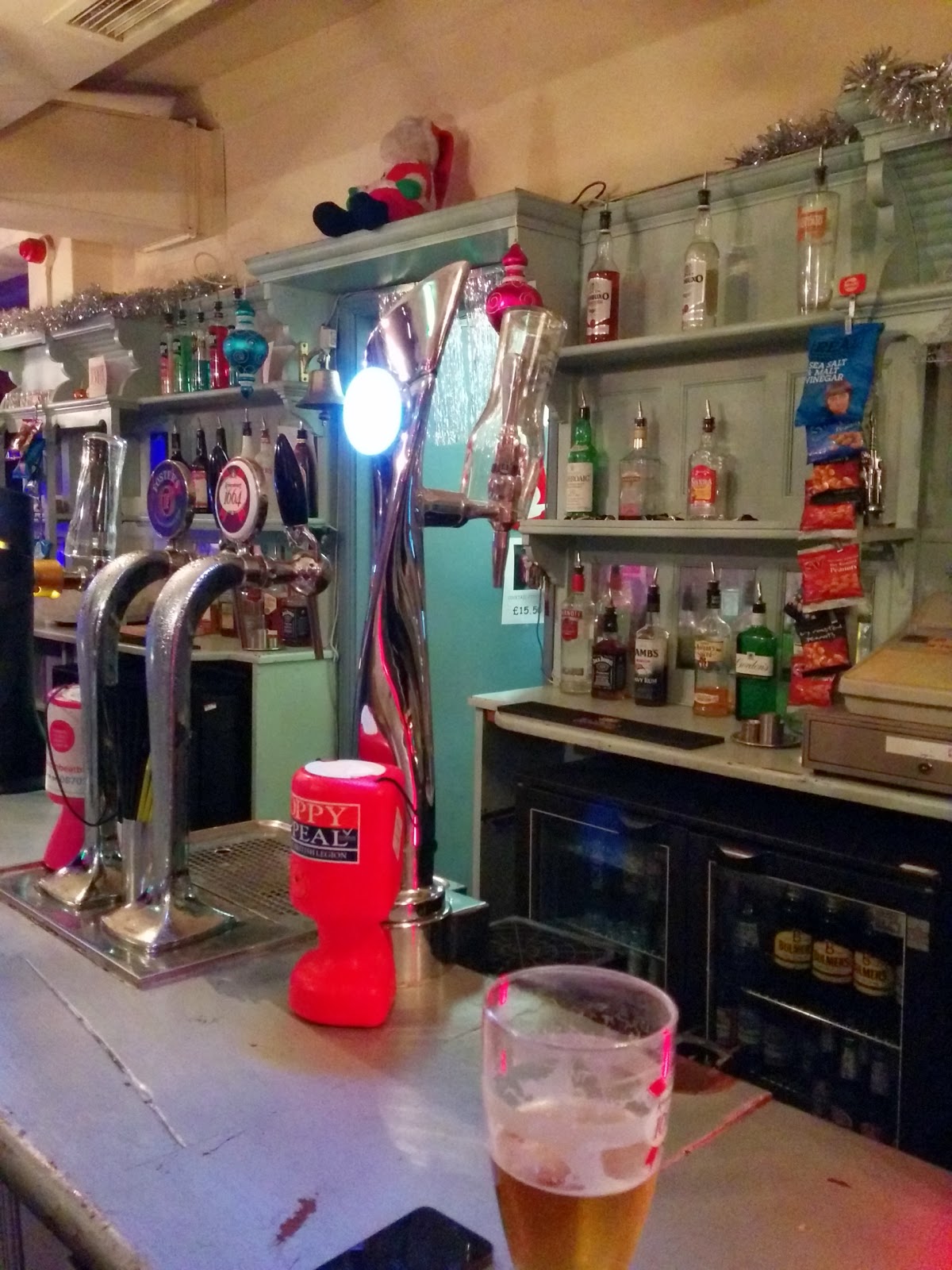 They had mixed drinks, but we stuck with beer.  I believe we had Kronenbourg.

If you're in London and need a gay bar near LHR, go here.  It's off the beaten path, which is cool.  However, do NOT even attempt to get there early, even if the hours say they open at 11am.  It's a place for the evening.