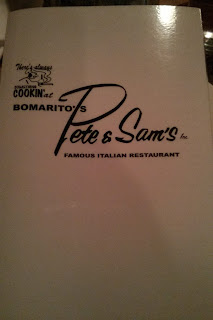 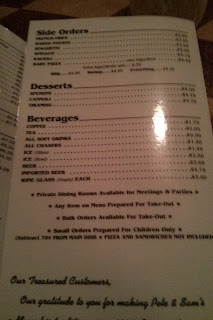 Pete and Sam's is an Italian restaurant that has been in Memphis since 1948.  They are known for their large portions.  The building also has a lack of windows, but it's a fun experience. 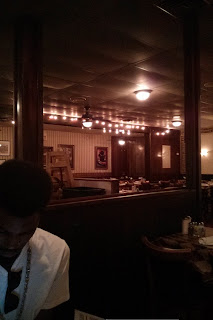 They don't serve liquor or wine, but you can bring your own into the restaurant.  The server was very friendly.  Since some of my group had never been before, she brought us all a sample of their meat sauce.

If you get a dinner, you get a salad with your choice of two sides.  For your sides at this Italian eatery, you can choose between spaghetti, pizza, spinach, or a humongous baked potato.  So... yes, choose your pasta to go with your pasta. 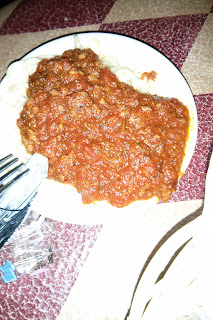 I ordered a spinach pizza as my side as well as Italian spinach. 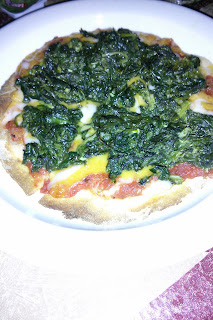 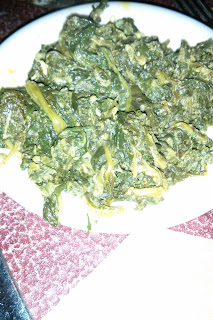 One friend ordered the loaded baked potato, which seriously could have been a meal in itself. 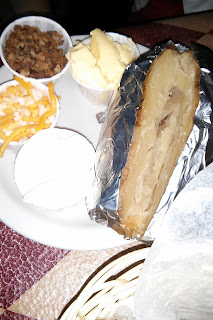 For my entree, I ordered the eggplant paulo.  It was like an eggplant casserole stuffed with shrimp and crab.  My only wish was that it had more shrimp in it. 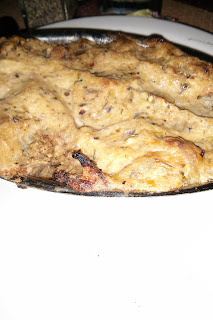 Everything was really yummy.  When I left, I had to be rolled out, because I was so stuffed.  Go there on an empty stomach!