We walked to go eat dinner, and had a lovely view of the ocean on the way there. 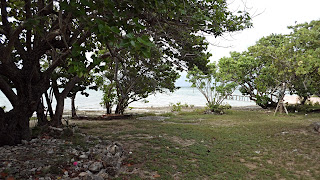 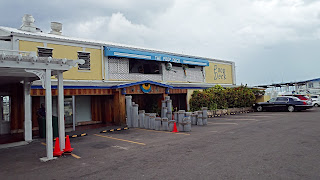 I don't know what that means... 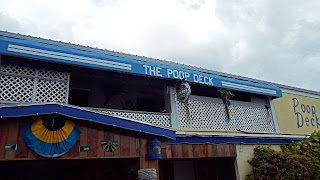 The website says the fish was caught that day. 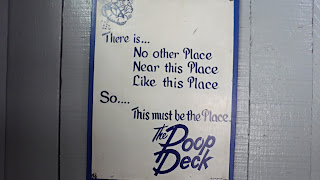 It's a medium sized restaurant. 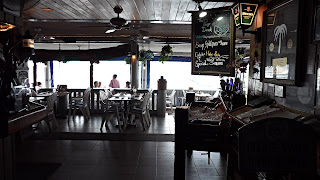 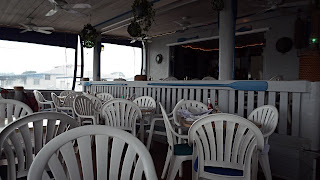 The views are amazing.  You can see the ocean and the marina, with plenty of boats. It was raining slightly but they had plastic sides so, it was like we were still outside. 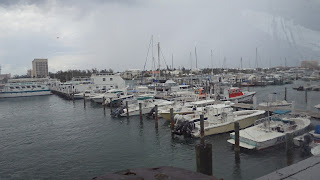 The restaurants here are good but not really fancy. However, the prices seem high. 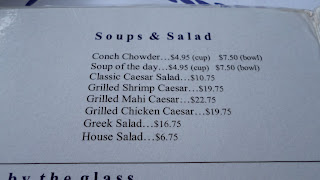 This is the first restaurant where we were given complimentary bread. 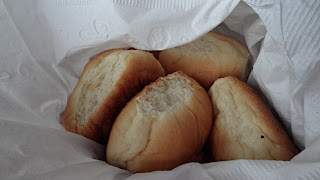 Kalik Gold is my new favorite drink.  It's a full flavored beer, and it has a higher alcohol content. 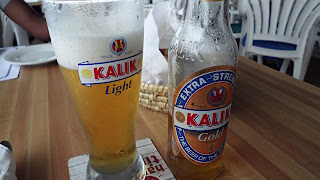 Garrett had a pina colada.  It was good, but too sweet for my taste. 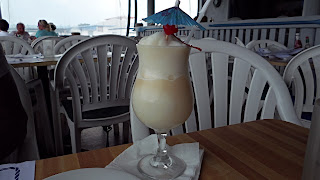 I had the whole snapper.  It comes with the head and all.  I think I prefer my fish this way. 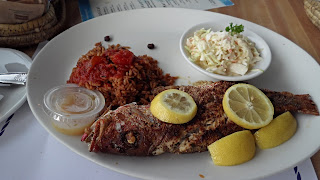 Apparently, I could have chosen my own snapper, but I didn't.  I had it grilled.  For my sides, I had cole slaw (which seems like a really common side item here and peas and rice, which is also very common). 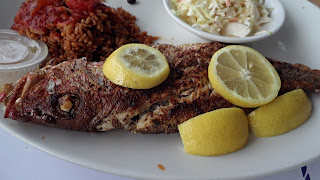 Garrett had the same sides, but he had mahi mahi.  It was also nice and fresh. 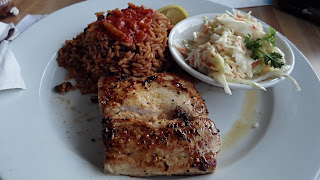 I love seafood, and this place was definitely worth it!