When we went to London, we stayed near the airport.  It was less expensive; it was convenient to the airport; and it allowed us to see things that most (if not all) tourists will never see.

The first perk of the hotel was that it offers a nice breakfast.  It was a buffet with a traditional English breakfast of eggs, sausage, and beans. 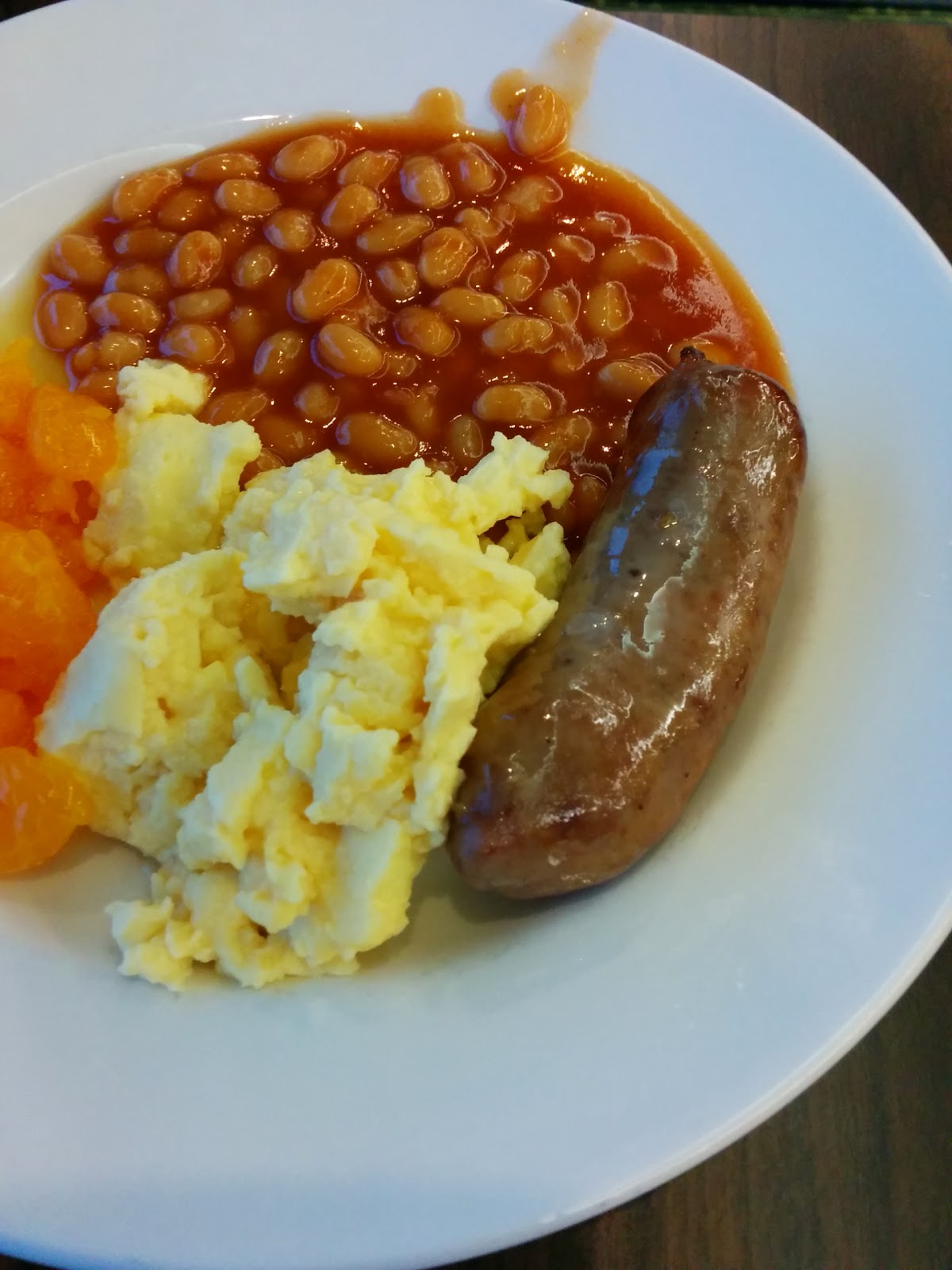 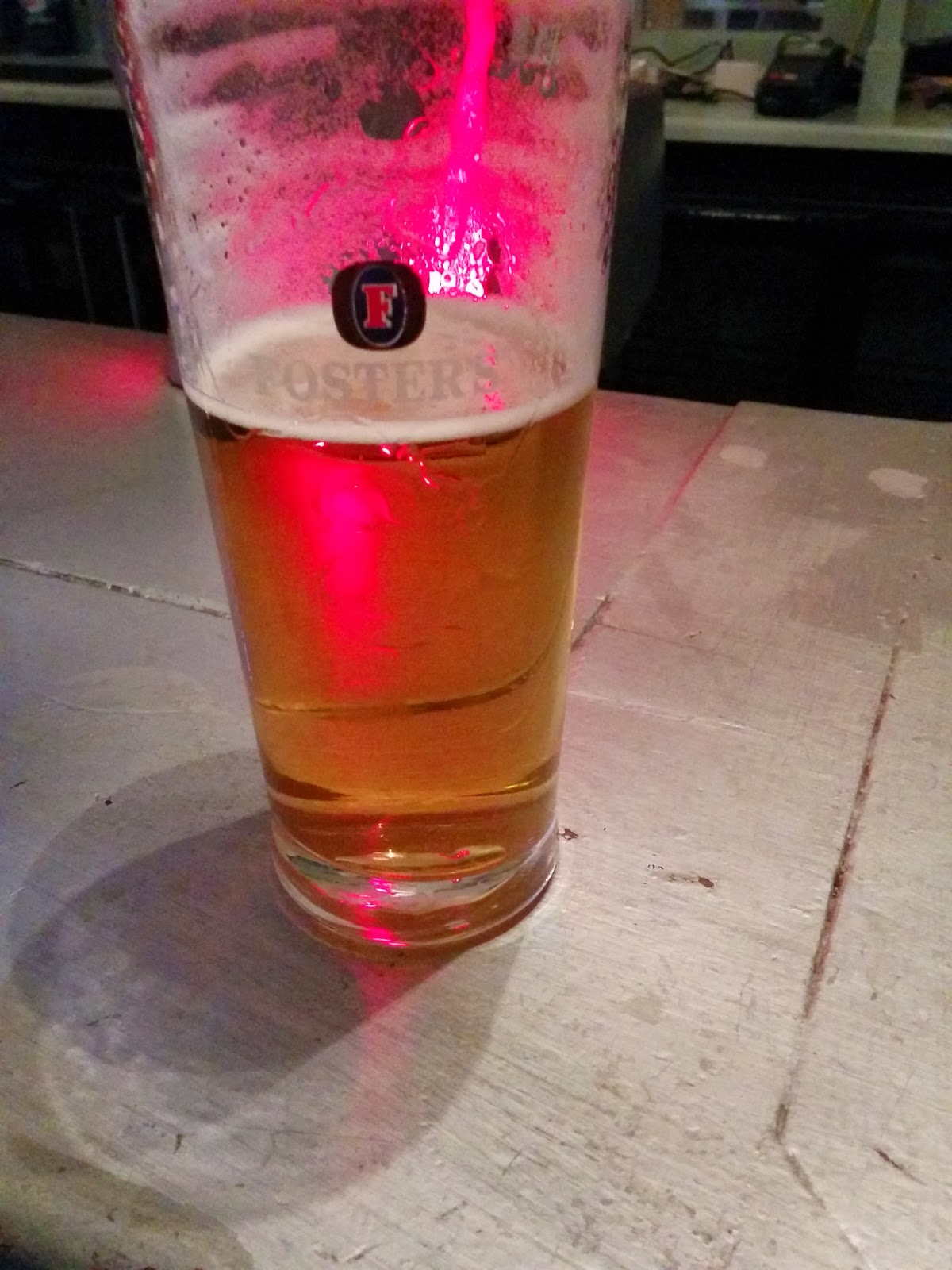 Our last evening was spent at the hotel bar.  Due to our flight and everything, we said Happy New Years's here.  The bartender was friendly.  My New Years beer was called "John Smith's."  If you notice on the picture, it says "extra cold."  Apparently, the idea of an extra cold beer is more American, than British.  Sometimes I saw taps that had a choice of regular or extra cold. 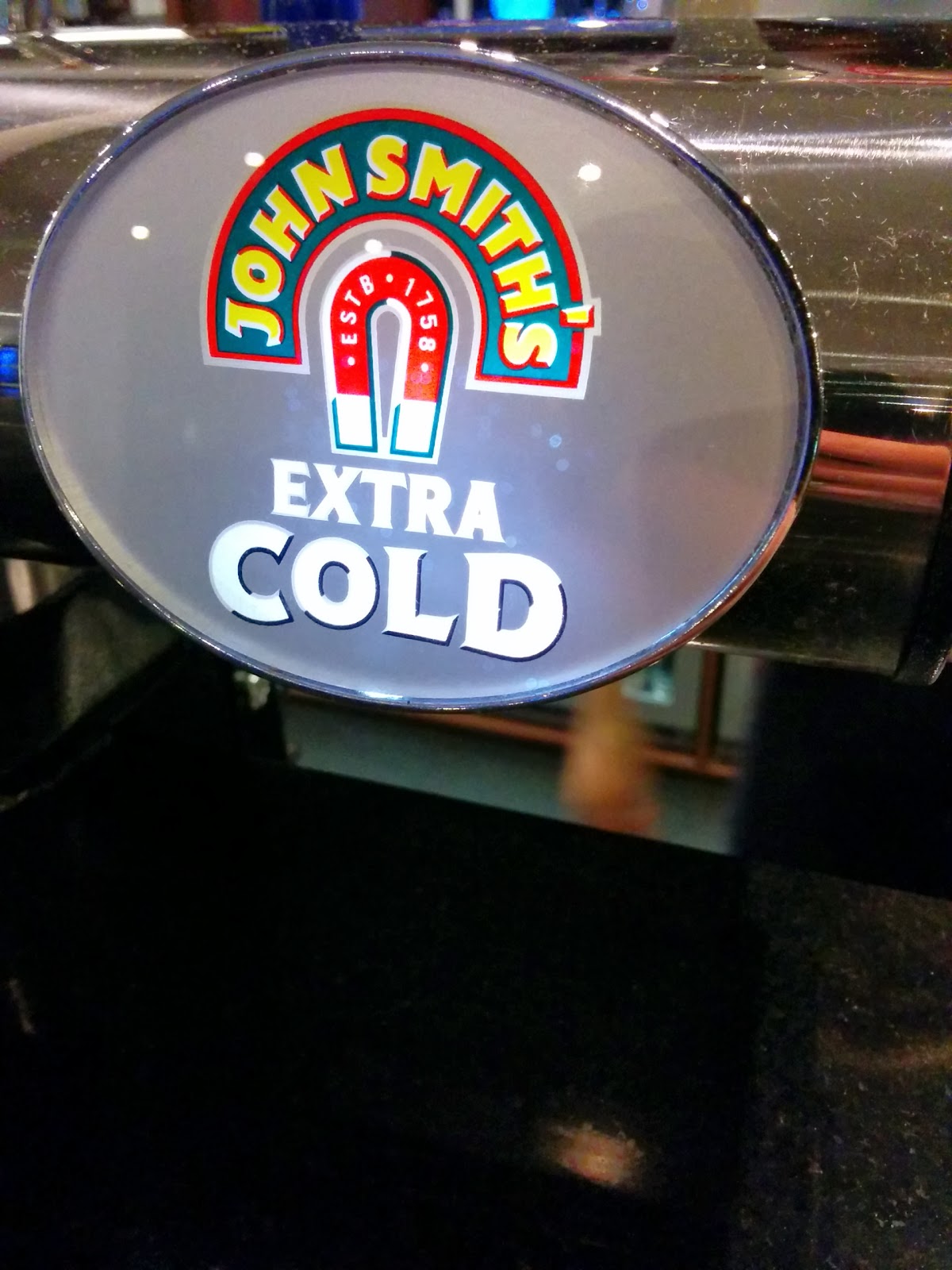 This hotel was an average Holiday Inn.  It was nice to get a full breakfast everyday, especially since it saved us some money.  It also allowed us to see Slough and other things that most tourists wouldn't see.