The closest grocery store to where G lives in Detroit is Lafayette Market.  It's a small grocery store, but it has whatever you need to buy, including wine and beer.

They also have plate meals for $7.99.  I thought it was a bit high, but their portions are HUGE.  I ordered fried chicken.  I got to choose my pieces and got two legs, a thigh, and a wing.  For my two sides I chose dressing and mac n' cheese.  I also had a choice of cornbread or a dinner roll, and of course, I chose the cornbread. 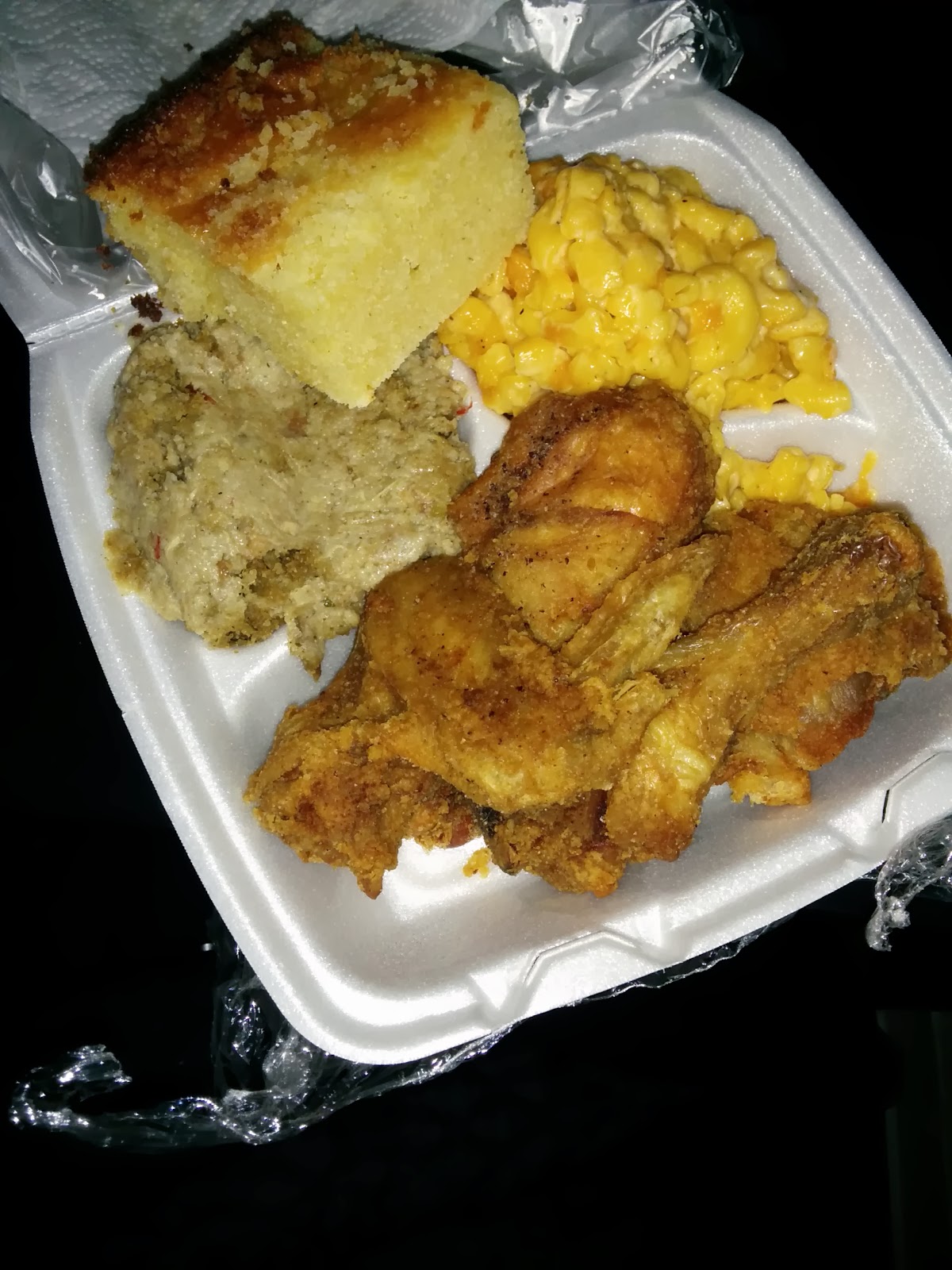 The downside was that the food was probably cooked way earlier that day, so the chicken was just ok.  I didn't eat all of it and it wasn't too great the next day.  The cornbread was also a bit dry for my taste.  The mac n' cheese was good, but it was obviously a powdered cheese.  The winner of the meal was the dressing.  It was obviously made in house and had chicken in it.  I wish more places had dressing as a standard side.  For grocery store food, this was a winner.

The guy working the counter was also really friendly and let us taste whatever we wanted.  He said the dressing was "damn good."  The portions are so huge that my plate was pretty heavy.  The cashier said it was so heavy, I was going to get a new rump, which would be good for twerking if I decided to take that up in the future.  Ha ha.