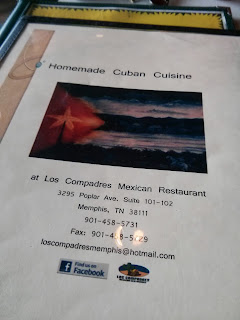 Los Compadres is a Mexican and a Cuban restaurant in Memphis. I haven't been in a while. It's good, though. 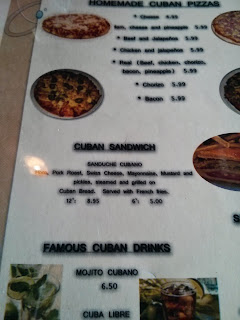 They give you chips and salsa like many Mexican restaurants. 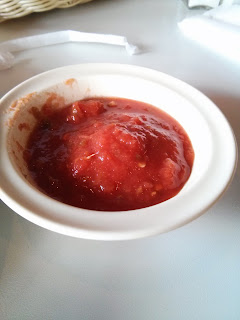 Some coworkers and I had a long lunch break.  They chose the restaurant.  I decided to try something that I hadn't had.  I don't think I have ever had cuban food.  Since it was lunch time, I chose the cuban sandwich. I got the smaller version. 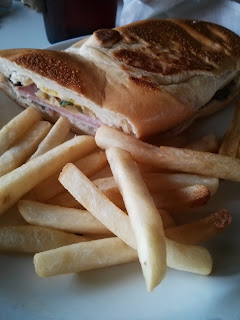 It came with a side of fries. It was ham, pork roast, swiss cheese, mayo, mustard, and pickles, all on Cuban bread.  It was good. It was only $5.  Skip Subway and try it!