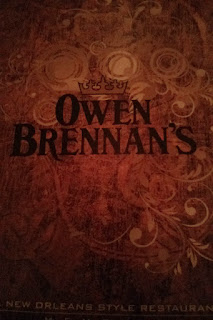 For this month's fancy food group, we went to Owen Brennan's, which features more of a cajun cuisine. 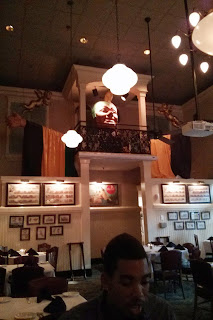 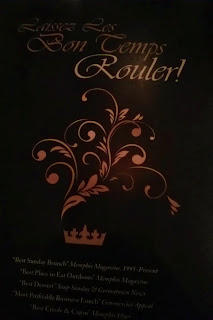 The menu reminds you "to let the good times roll" or "laissez les bon temps rouler." 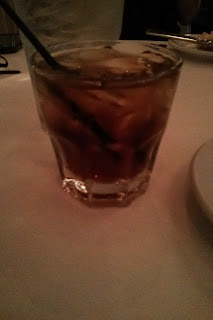 I once again went with a whiskey and diet coke.  I noticed that it wasn't cheap, but it was only $6.  It's not too shabby.  They have a nice sized bar.  It would be a nice place to go for a drink especially if you wanted to try something new. 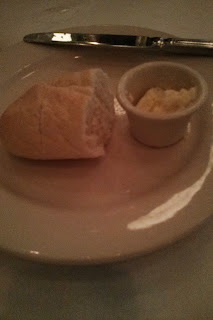 They had nice complimentary bread. 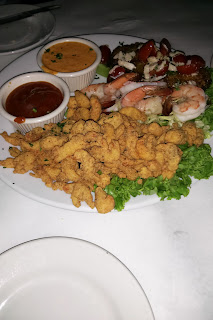 While perusing the menu, we ordered the appetizer sampler.  I think it was $28.  It came with fried green tomatoes topped with crab meat, fried crawfish tails, and jumbo shrimp.  I loved the shrimp.  The tails were good, but it's hard to taste much meat when it's bite sized and fried.  The crab meat on top of the fried green tomatoes were also good. 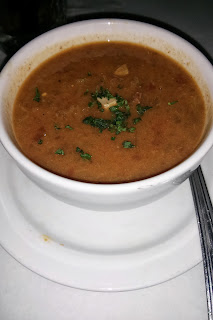 I've never had turtle soup, so I went with that for my next course.  The flavor and the spice was good.  The actual turtle meat was ok.  I'm not 100% sure what it tastes like.  It seemed like a soft meat. The meat was flavored by the stew. 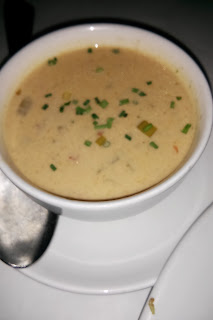 One friend had a roasted red pepper crab bisque.  This was my favorite soup of the evening.  It was very creamy and flavorful. 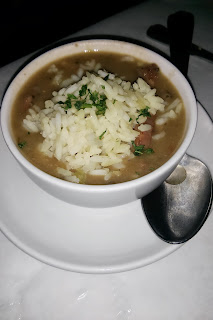 Another friend had the gumbo.  It was good.  We are going to New Orleans later this month.  It will be fun to taste the difference. 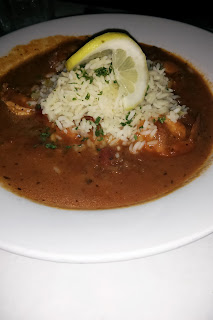 One of us ordered the shrimp creole. It was big shrimp in a tomato sauce topped with rice.  It was good, too. 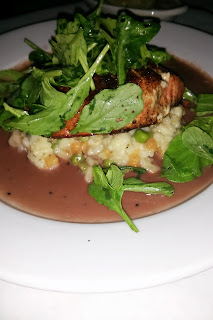 The star of the night for me was the special.  The special was wild caught blackened salmon.  It was cooked great and had a flavorful sauce (red wine reduction) on it. It was topped on a bed of risotto.  I always get jealous of other's meals. 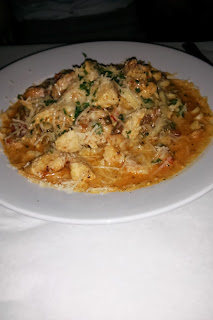 Another one of my favorites was the pasta jambalaya.  I never order pasta, but tasting this one would make me consider changing my mind.  It had a variety of meat and seafood in a delicious cream sauce. 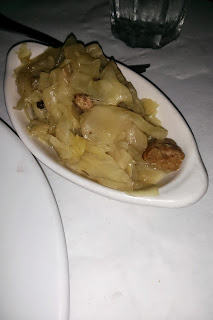 One friend ordered a side of cajun cabbage.  It was full of andouille sausage.  I love plenty of meat in my sides! 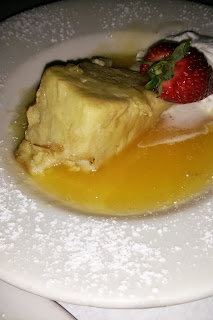 I was too full for dessert, but I did taste the bread pudding.  I'm not a huge fan of bread pudding, but it was good.

I also tasted the baked apple napole.  It was a good apple pie. 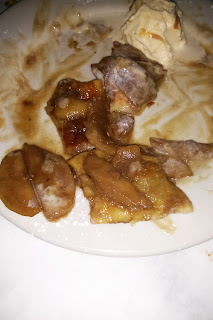 For some cajun cuisine, it's one of the few in Memphis.  I think it's the only fancy restaurant that features food from New Orleans.  I would go there again.  They are known for their brunch.  I ate there a long time ago, but I don't remember it well enough.  I can't wait to compare the food to the food in Louisiana.