They recently opened a new Japanese restaurant on Poplar, and we decided to give it a try for dinner.  It's in Poplar Plaza where Bookstar used to be. Back in the day, it was even a movie theatre. 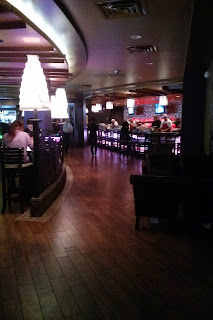 The decor is very trendy feeling. It is a casual place, but it has a fancier feel. 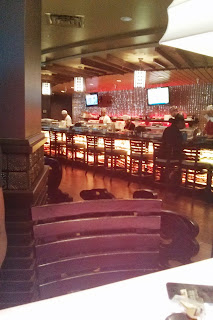 They have hibachi tables.  They have a sushi bar. 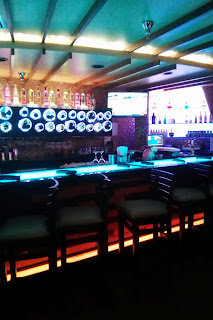 And a liquor bar. They had a lot of different drinks. 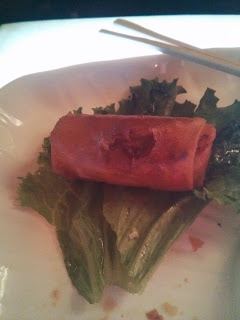 Garrett ordered the spring roles. I tasted one, and it was good.  I think an order was $4. 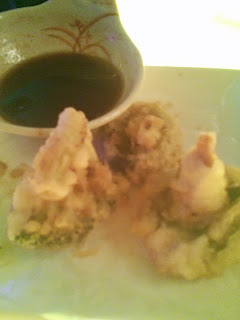 I had the fried calamari as an appetizer. It was good, but if you want calamari, I wouldn't order it.  It was mostly vegetable tempura. I liked it, but it wasn't what I was expecting. It was only $6. 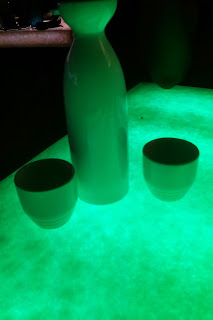 We had hot sake to drink. The large was $12. The tables in the bar area were kind of cool.  They constantly change colors. It was rather psychedelic. 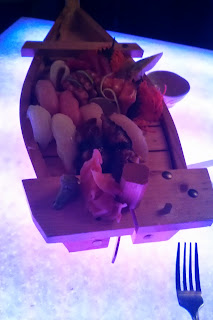 We ordered the big boat of sushi. It was about $25. I'm not sure what everything was. It had several pieces of sushi, including salmon, tuna, and squid or octopus. It also had several nigiri rolls.

I enjoyed the meal. I love seafood and sushi. I'm sure we'll go back. It looked like they have lunch specials and early bird dinner specials.