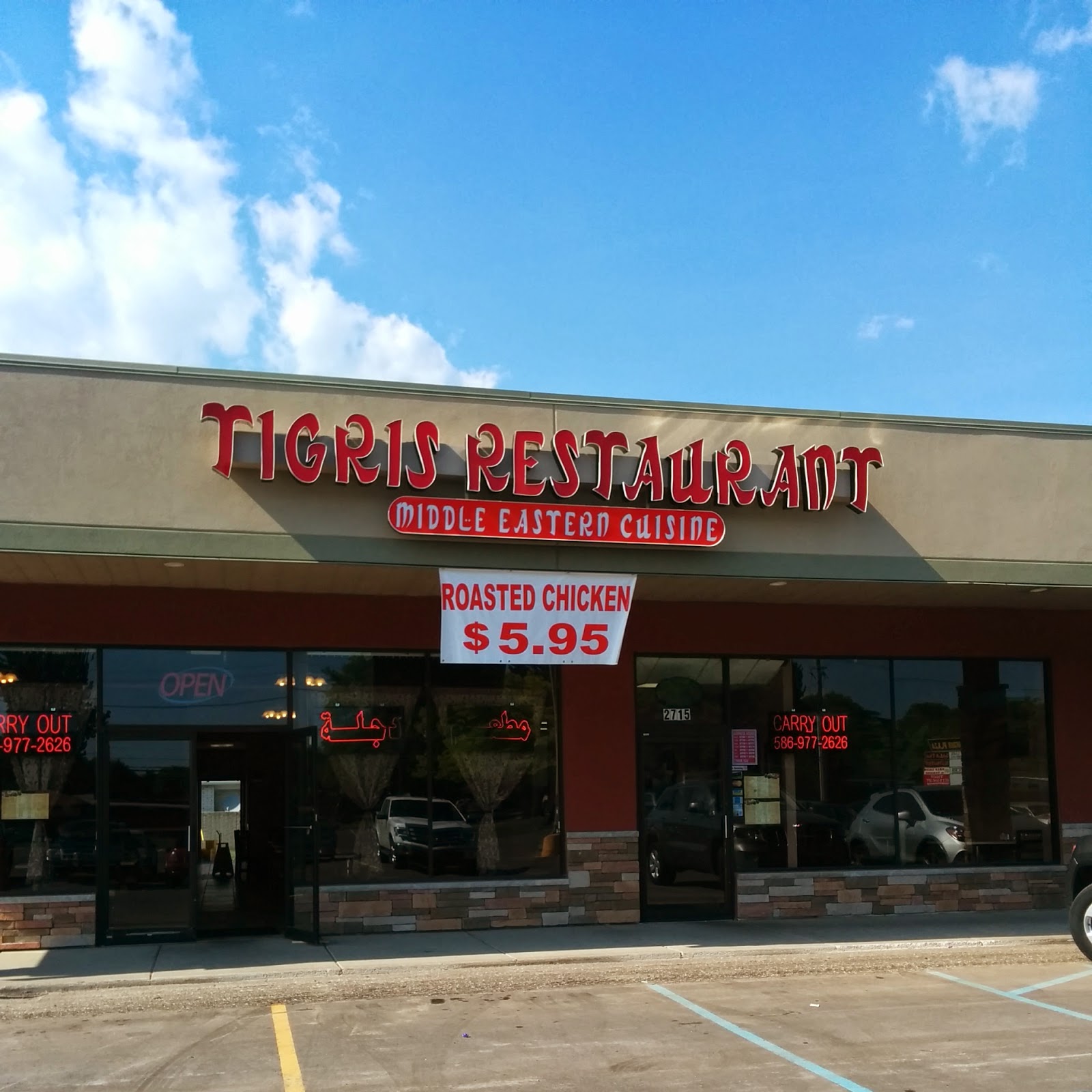 While in Michigan, I saw a lot of Middle Eastern restaurants.  I decided I needed to eat at one before we left.  This particular day we were leaving the mall and looking for one to try.  We passed one before we had time to turn, so we kept going.  Finally, we saw one in plenty of time.  On the outside, they were listing a special of a roasted chicken for $5.95, and two shawarma sandwiches for $5. 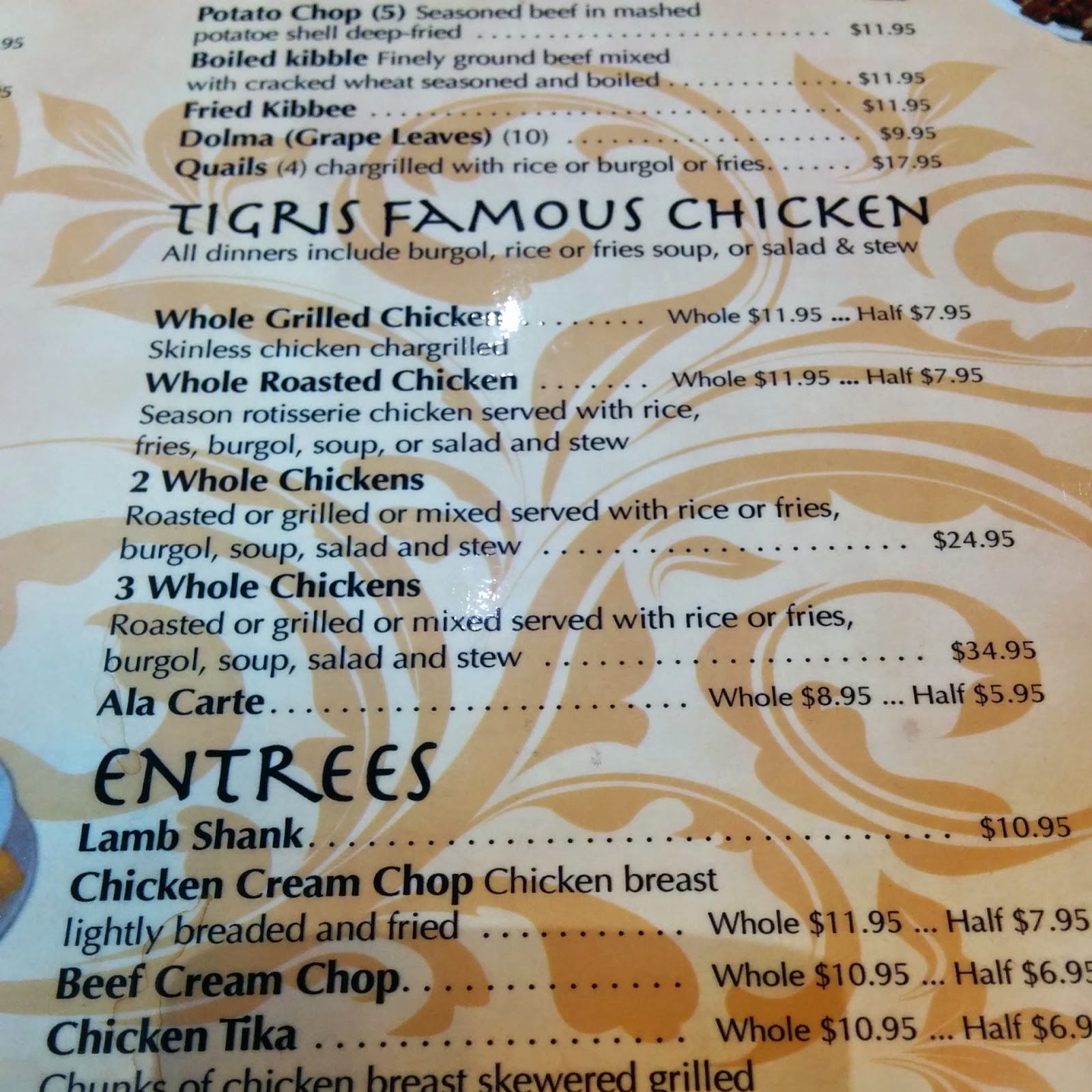 One side of the menu is written in English.  The other side is not.  Their menu says their chicken is famous.  You can order 2 or 3 whole chickens.  You can order a whole lamb if you give them 24 hours notice.  I assume that many items are meant for family style dining.  I'm also pretty sure this was a very authentic restaurant. 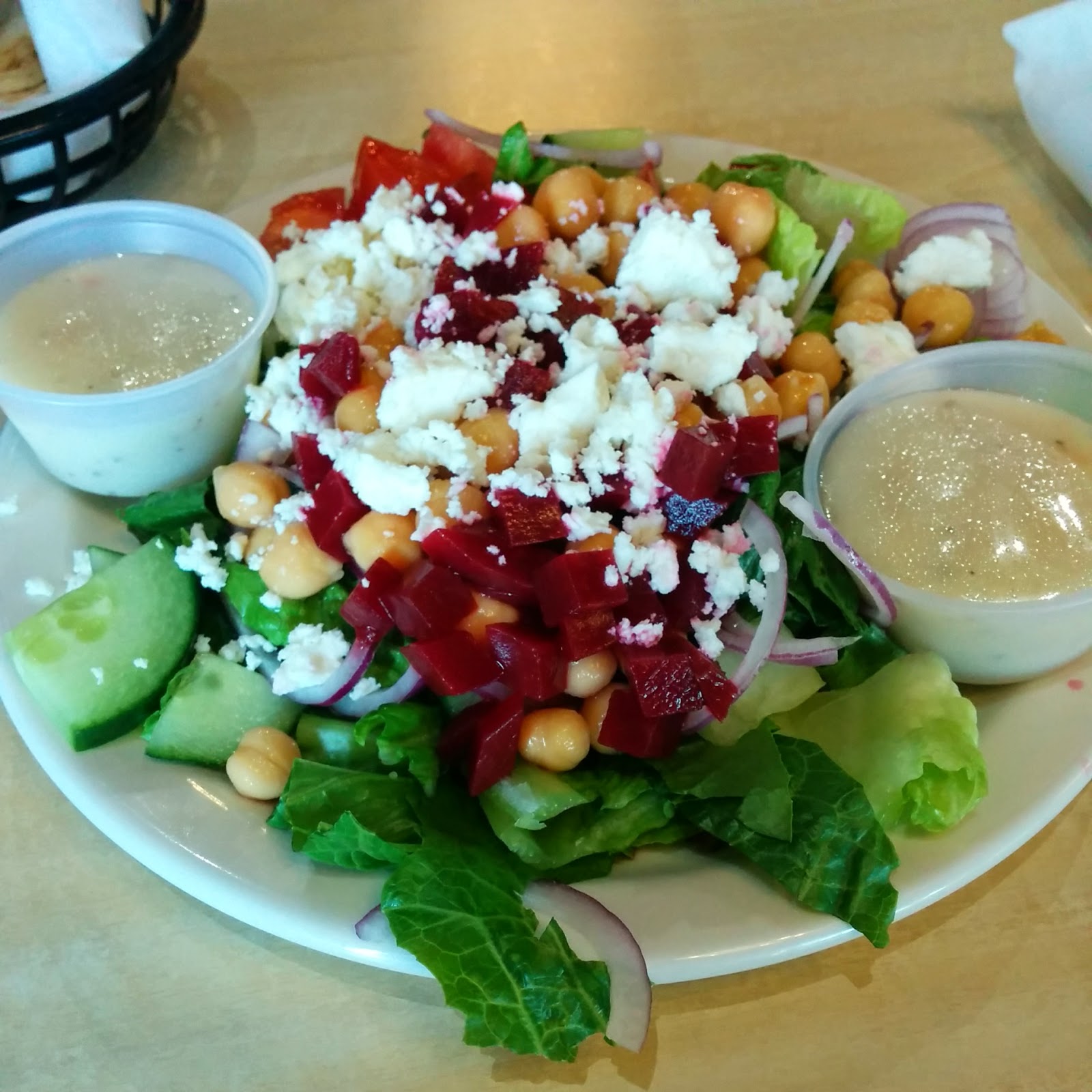 My entree came with a choice of soup of salad.  I went with the Green salad.  It was almost big enough for a meal.  It had plenty of cucumbers, beets, chickpeas, and feta topping the salad. 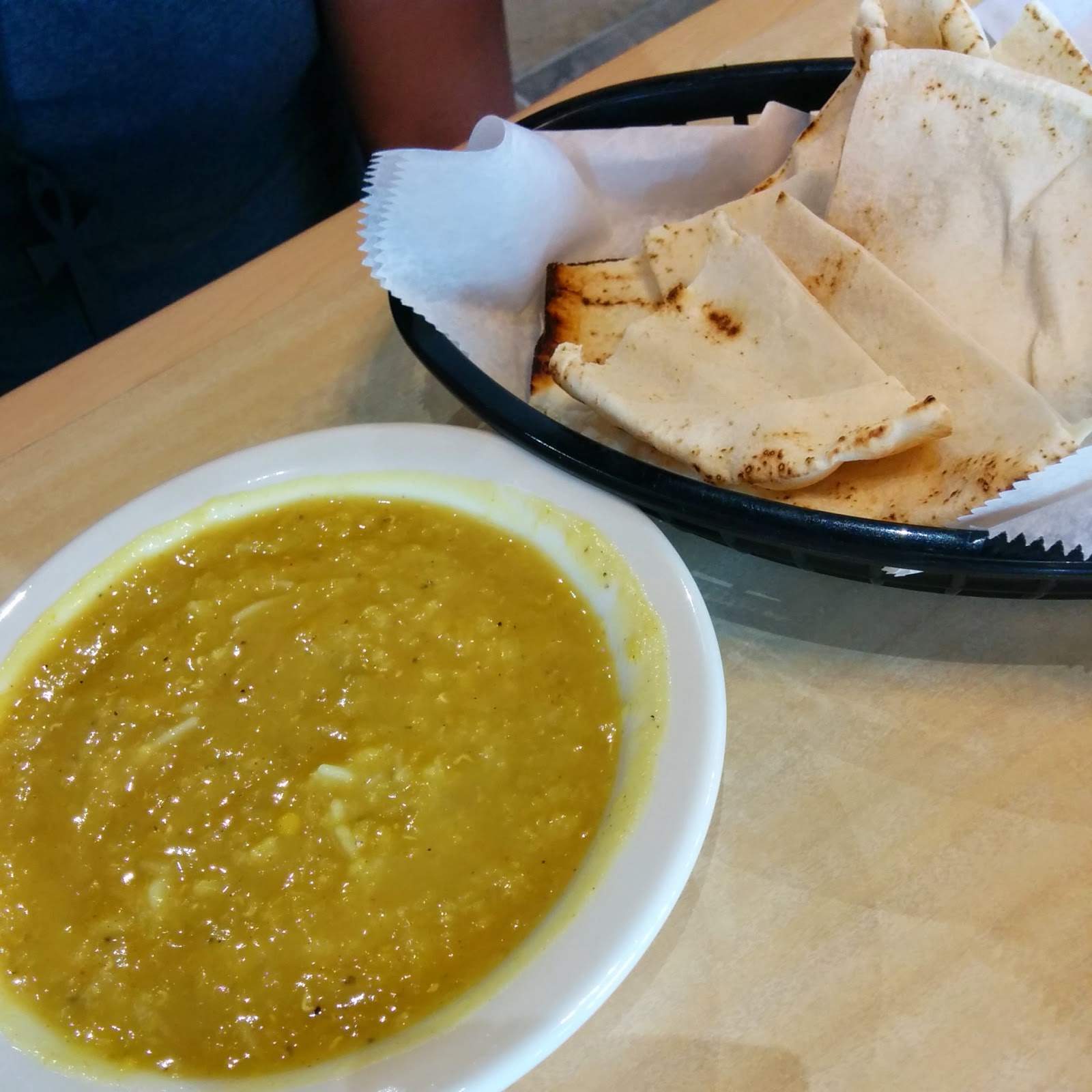 G got the lentil soup.  It was a huge overflowing bowl.  We were also given pita bread. 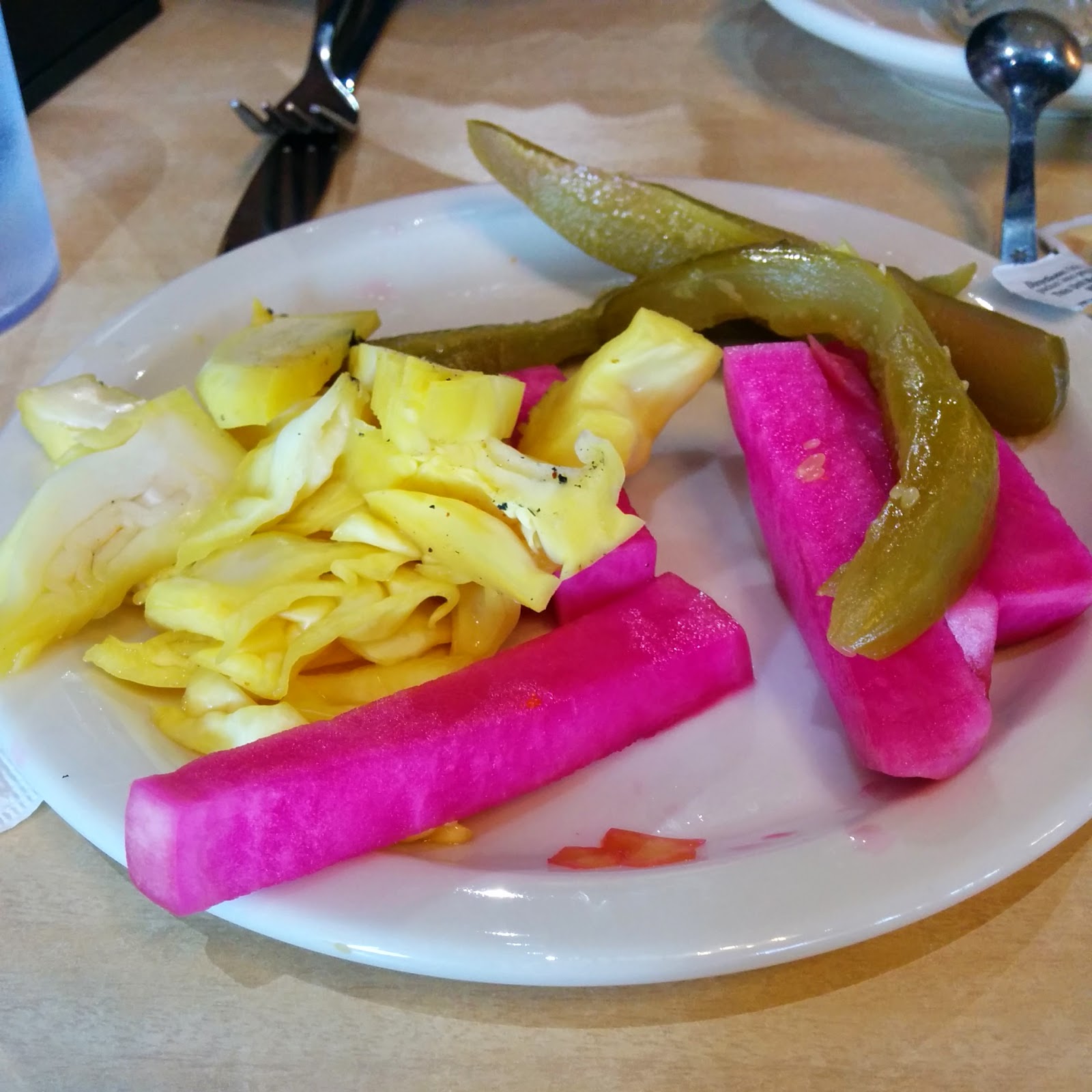 Pickled vegetables of cucumbers, cabbage, and jicama were also given. 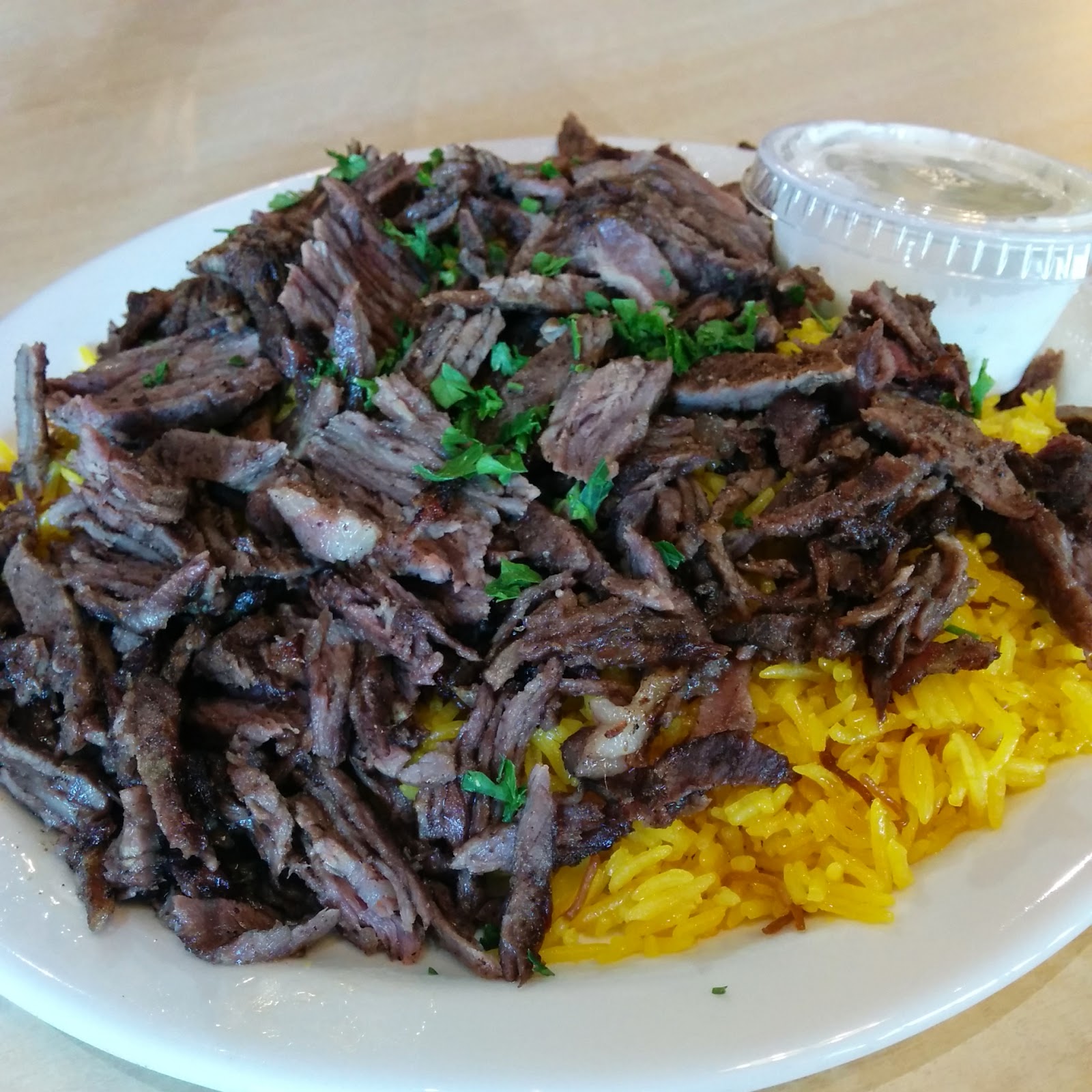 I ordered the beef shawarma (the half order) with rice.  It was huge!  I can't imagine someone attempting to eat a whole order.  It also came with cucumber sauce.  It was really good. 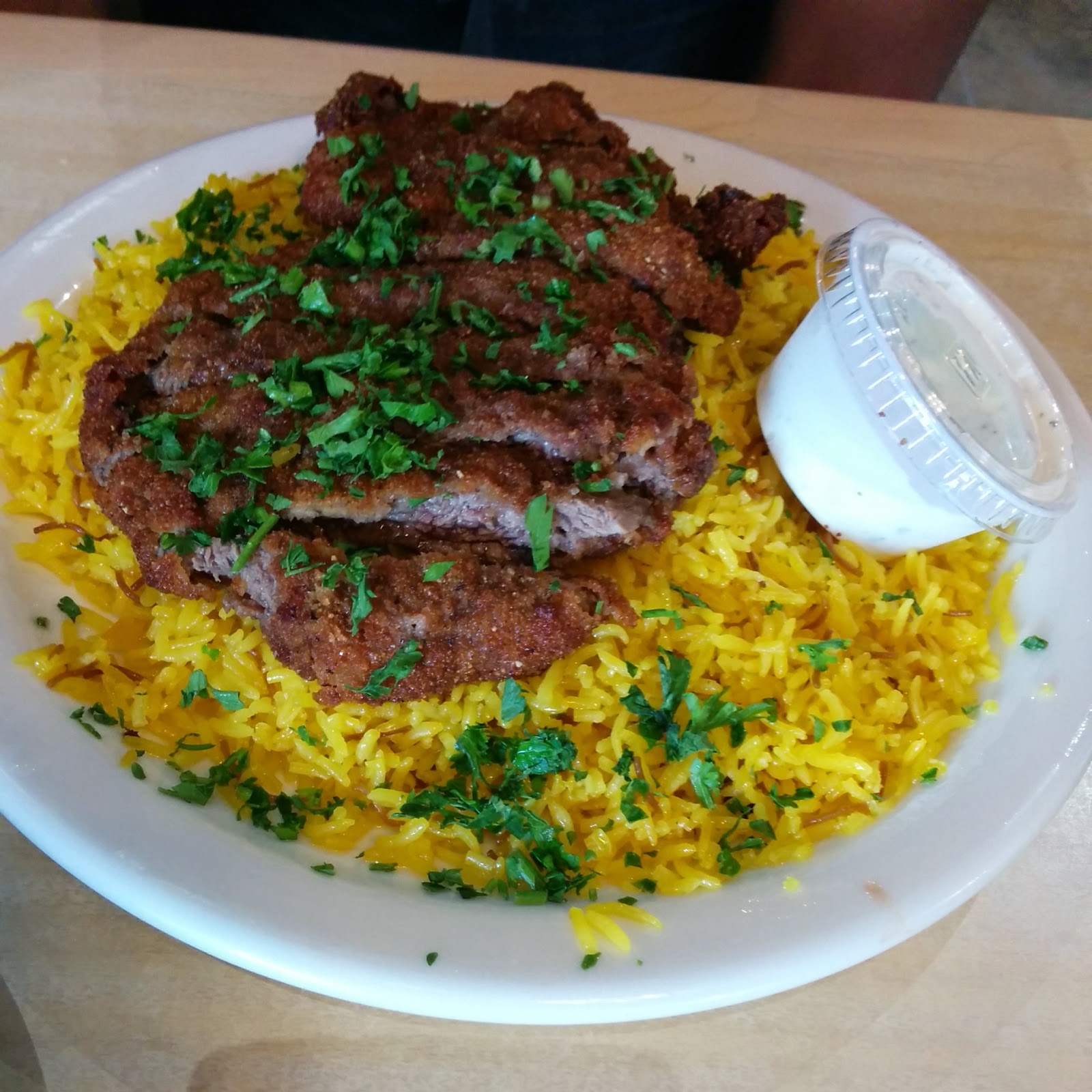 G ordered the beef cream chop.  I had never heard of it.  It was lightly breaded, and it was oh so good.  I liked it better than mine. 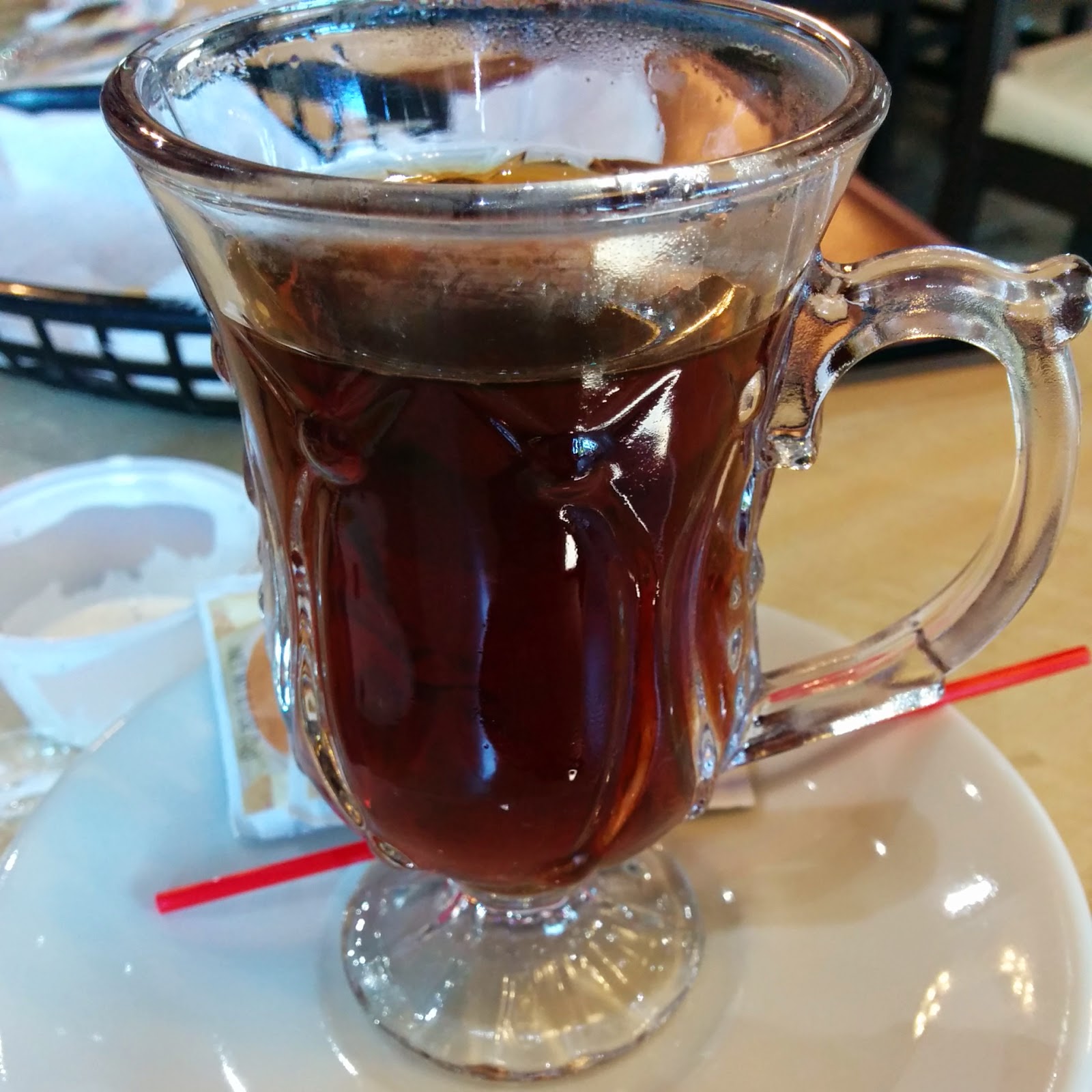 We both had some chai, which was also complimentary.

The service was exceptional.

We were both stuffed at the end of the meal.  The crazy thing is how cheap it was.  All the food that we had and the price before tip was less than $15.