Southward is owned by the same owner as Cooper-Young favorites, Sweet Grass and Sweet Grass Next Door.  My fancy food Monday group decided to visit this restaurant. 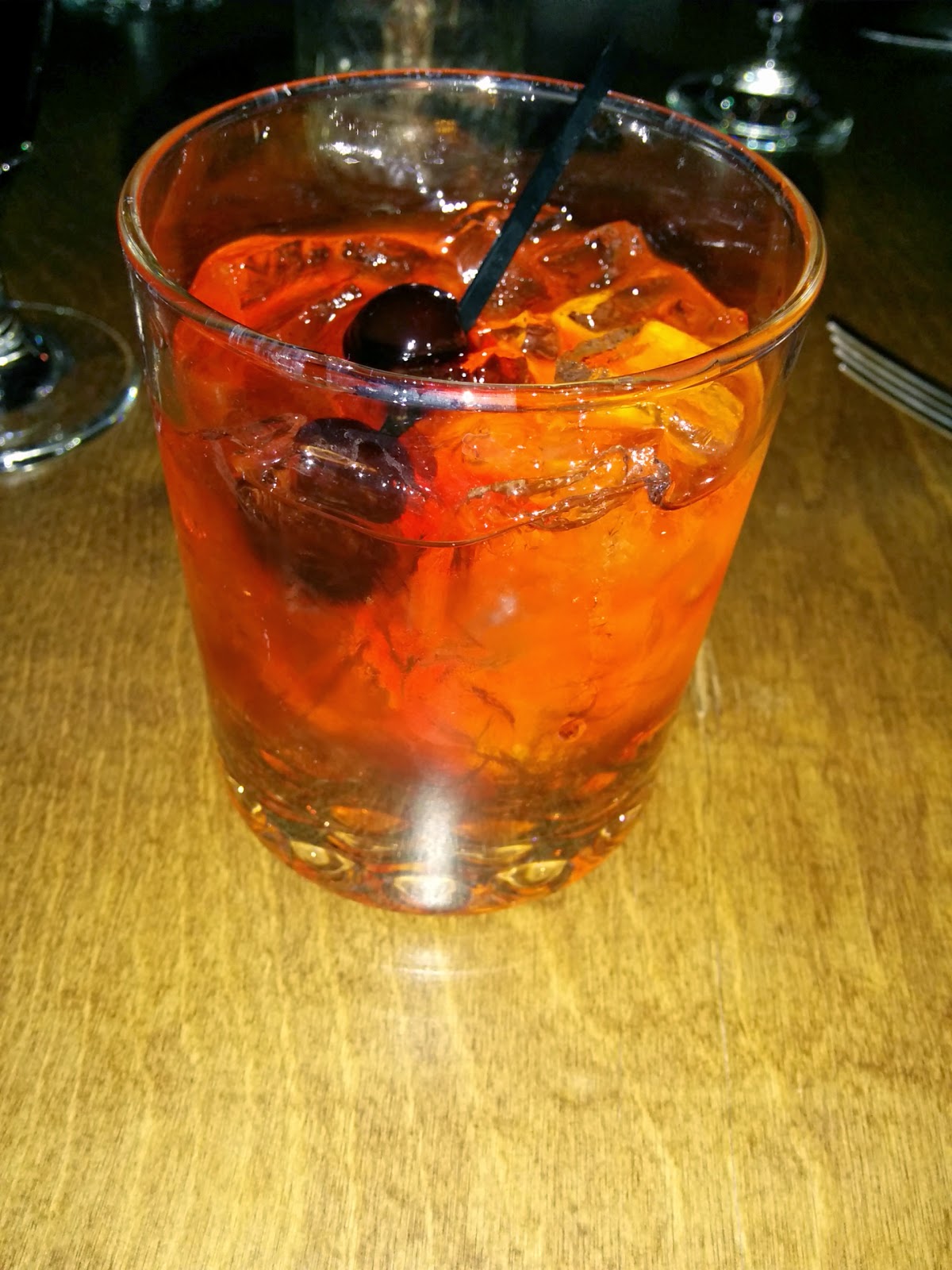 Since the place is famous for libations, I had to try one.  I went with the Southward Old Fashioned, which is a "single barrel selected Buffalo Trace bourbon, cola syrup, lemon peel, bitters." 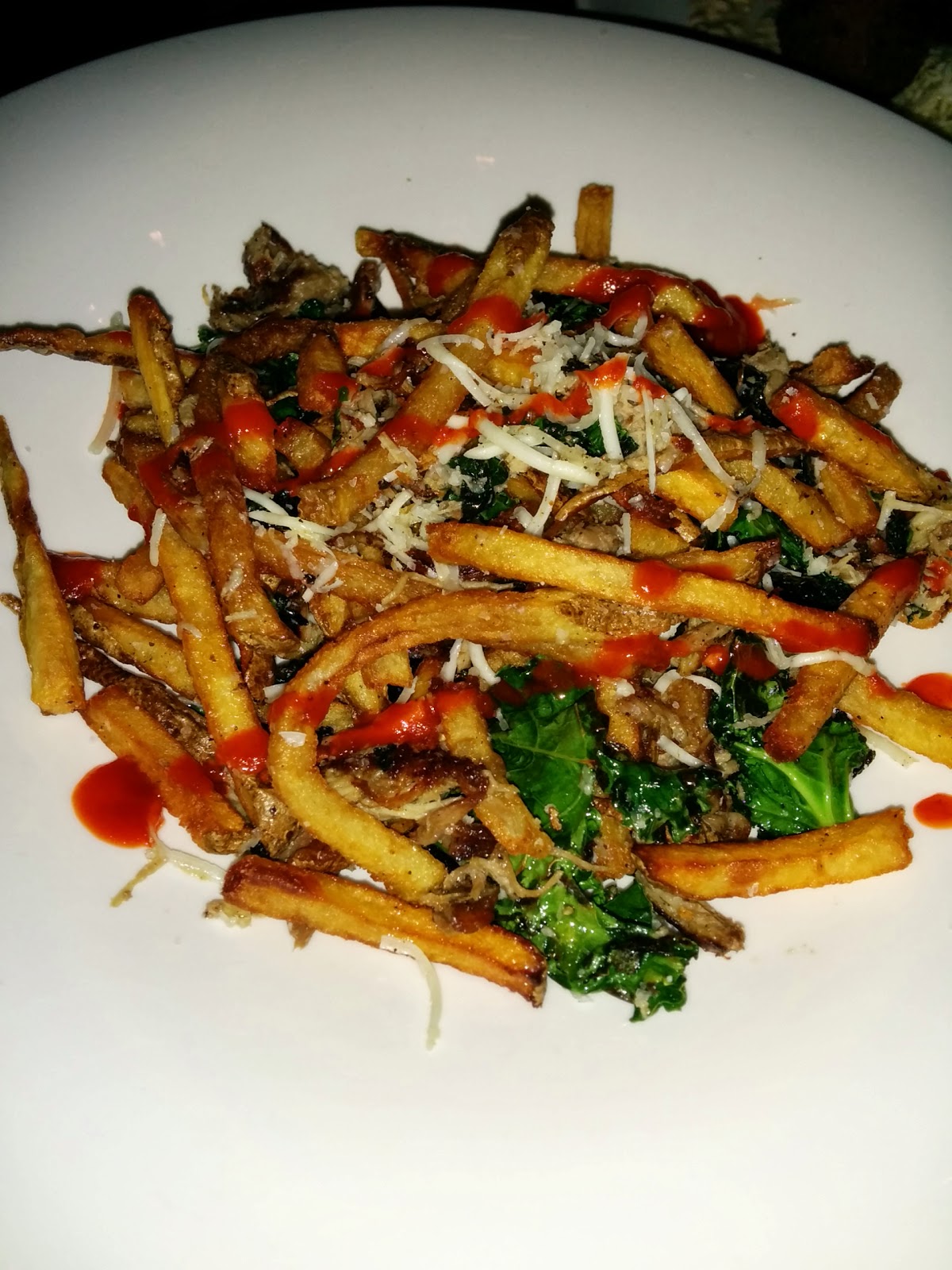 One thing we ordered was the dirty pig fries.  I love that name!  It's fries with braised pork, greens, and Srirachia.  These were just straight out awesome. 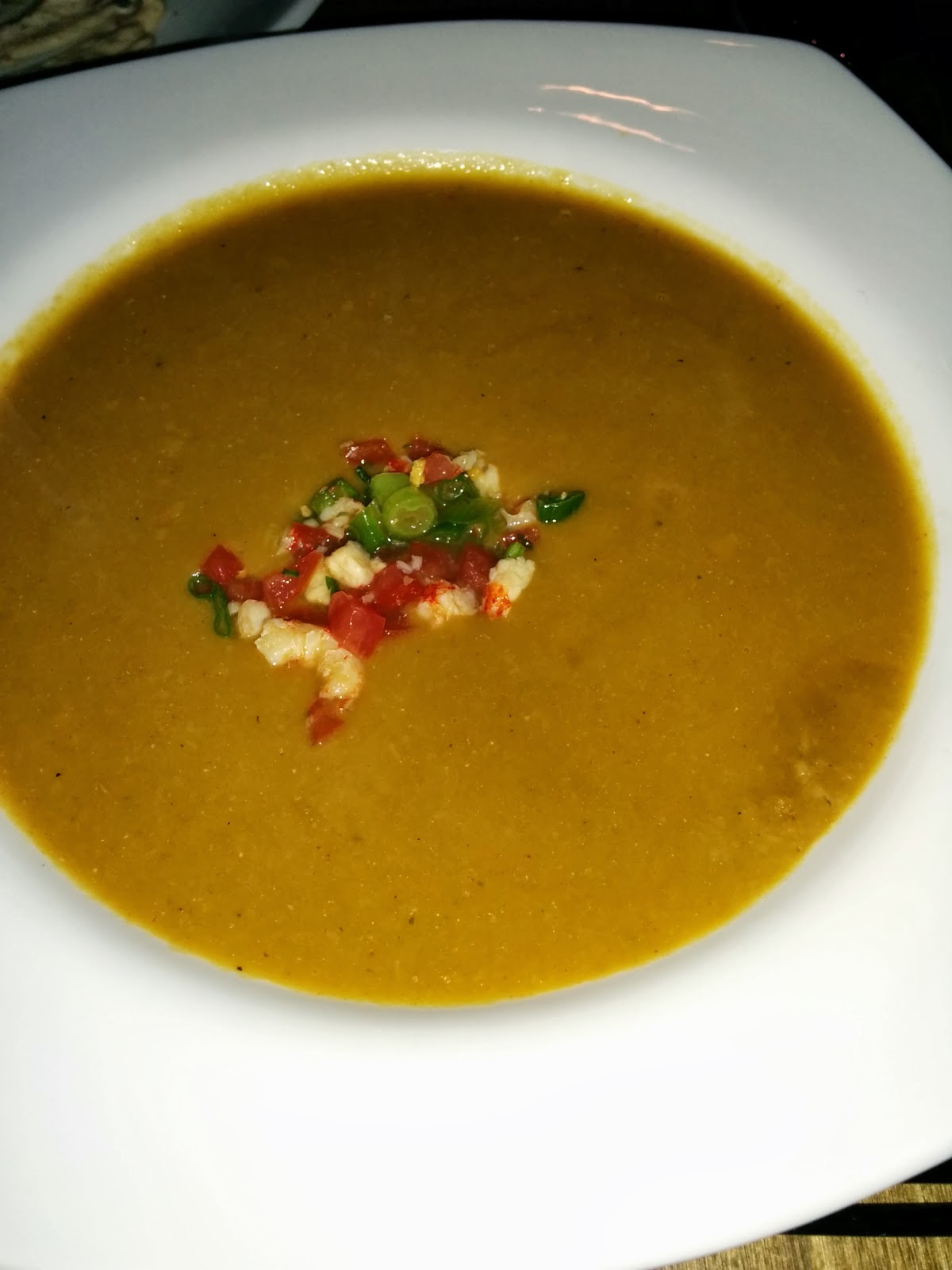 One friend ordered the crawfish bisque.  It was also delish.  I have had lobster, crab, and seafood bisque, but this was a first, and it lived up to expectations. 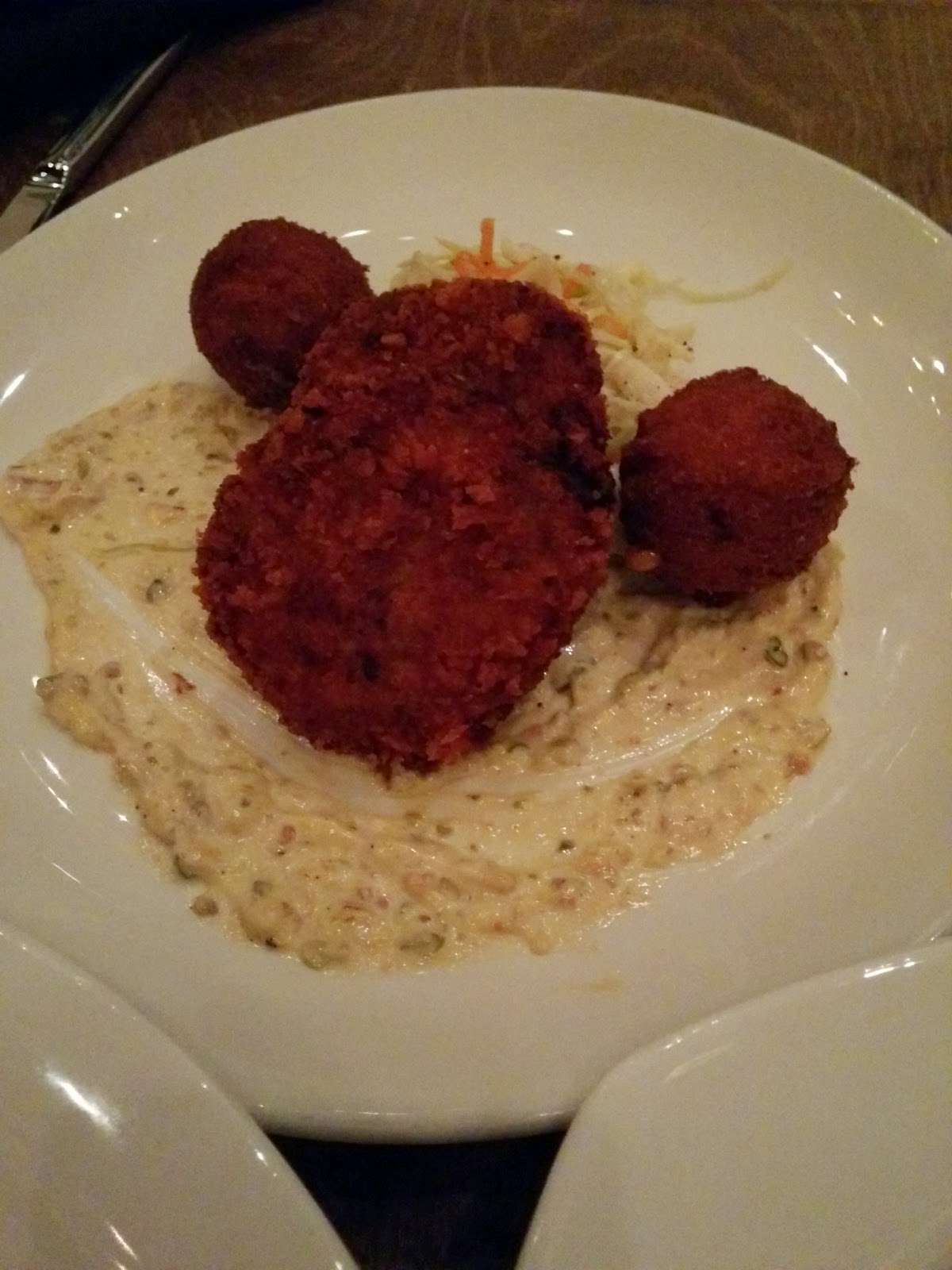 The final appetizer that we shared was the catfish cakes.  It's like crab cakes, but with a southern take.  They were also amazing.  I definitely recommend all three of those appetizers. 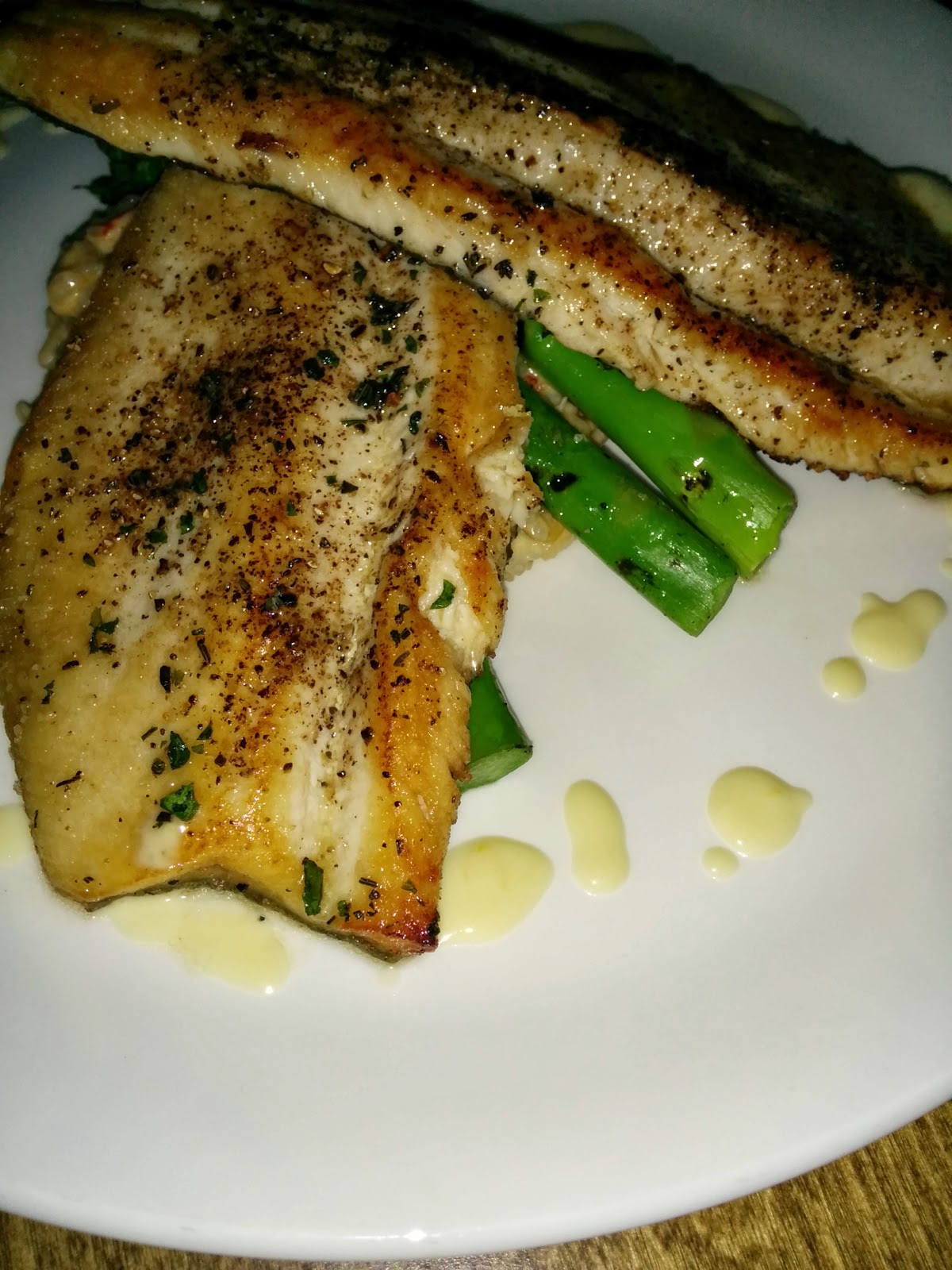 Moving on to the meals.... I thin our favorite of all three was the pan roasted trout.  It was on a bed of asparagus with a crawfish risotto.  She always chooses the best meal.  It was cooked and seasoned perfectly.  It may have been my first time having trout. 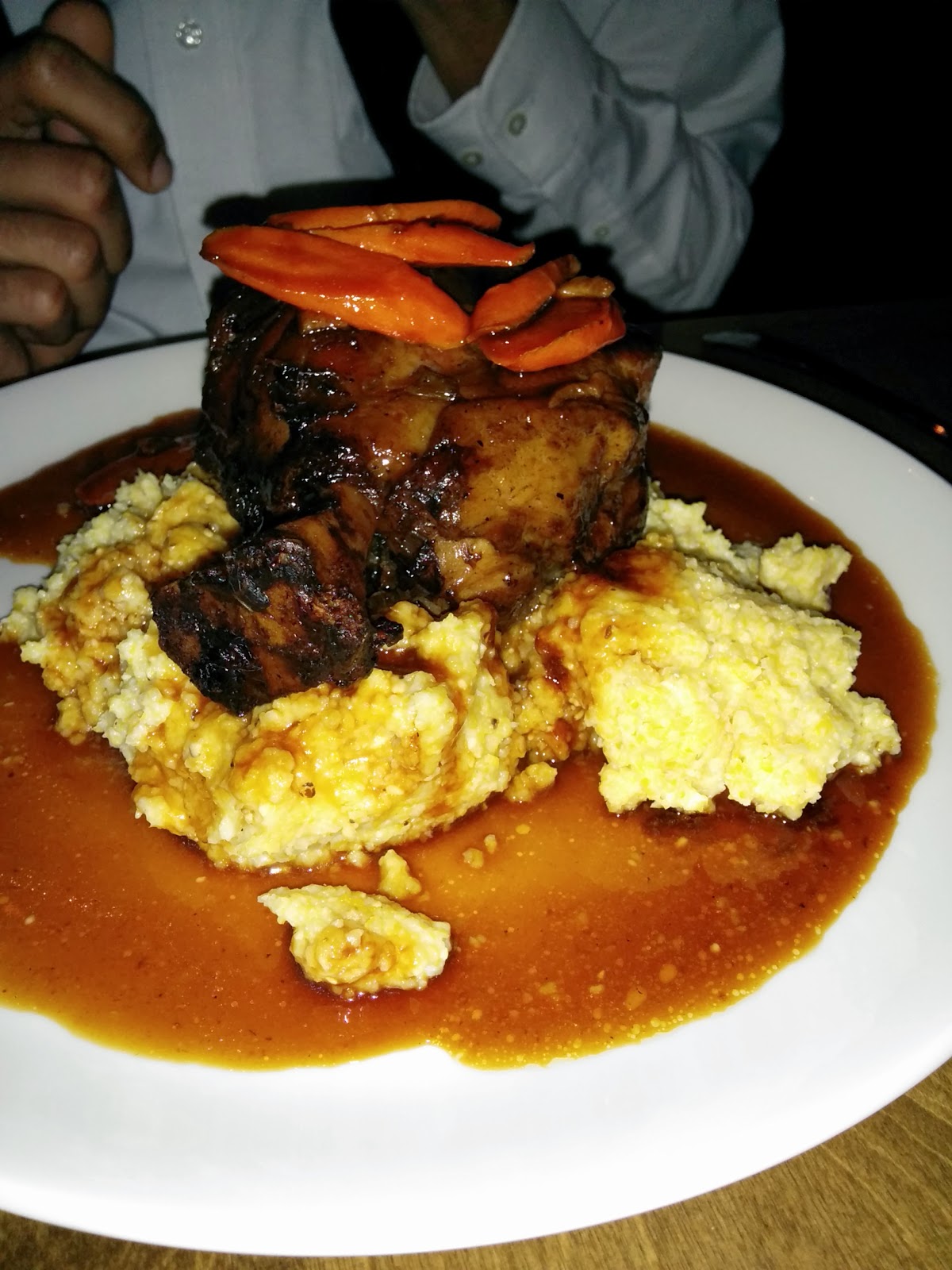 Another friend had the berkshire pork shank, which was on a bed of delta grind grits and topped with braised carrots.  This was my second favorite. 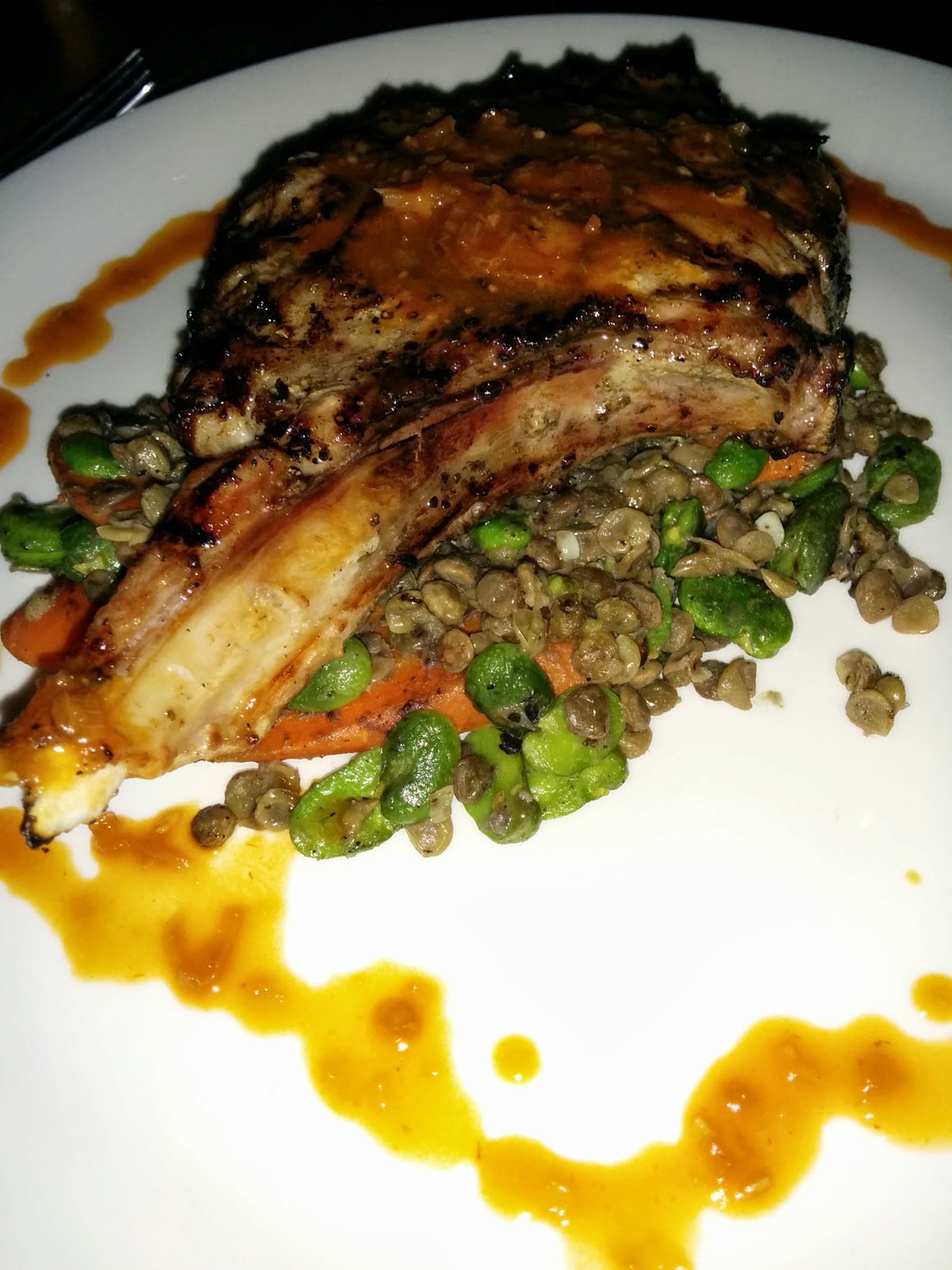 Sadly, what I ordered was my least favorite.  The bed of vegetables was my favorite part.  It was some type of pork.  I honestly felt like it was undercooked. However, the server said it was supposed to be that way.  It was the special of the day.

However, everything else was AWESOME, so I would definitely go back.