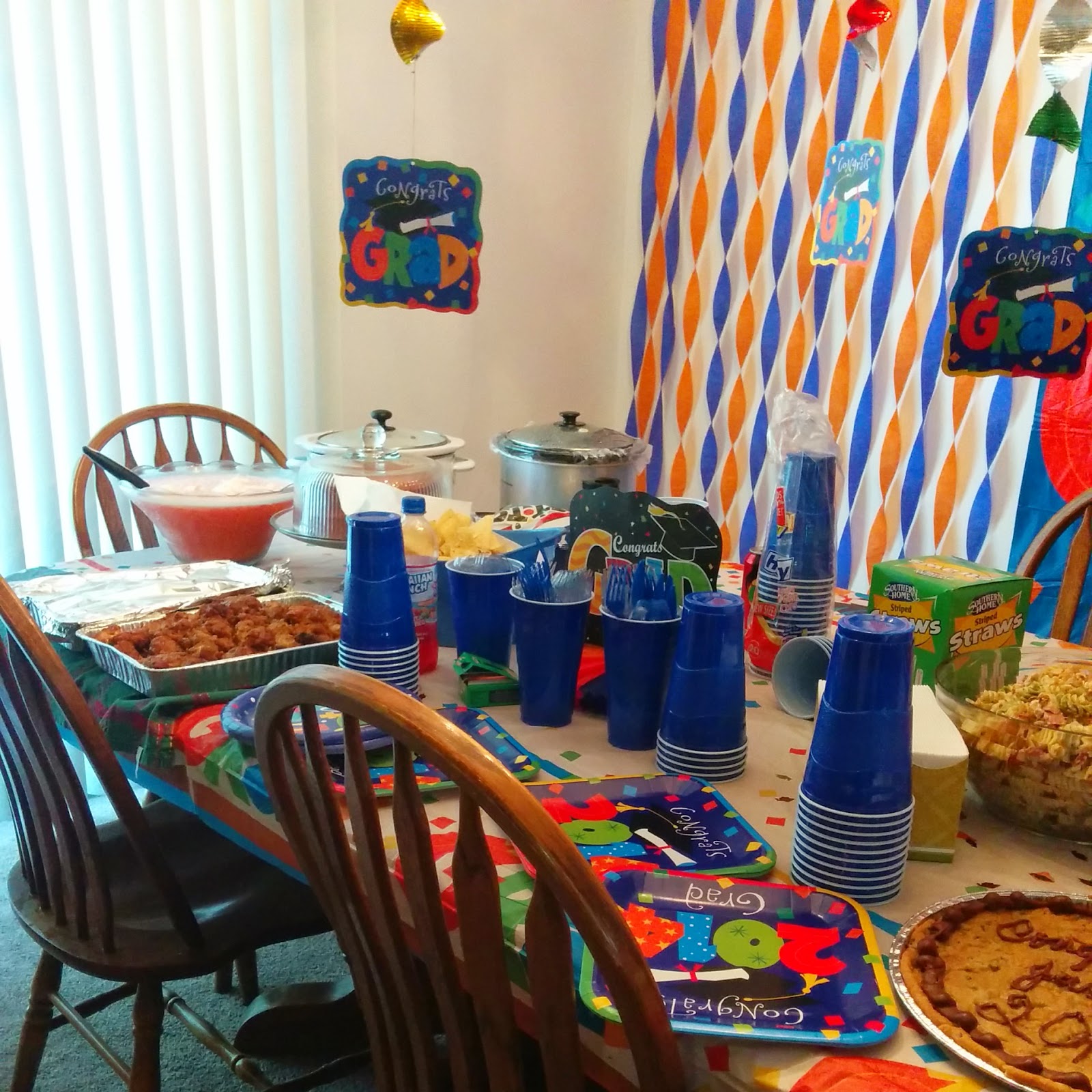 Garrett's youngest brother graduated high school, and we were able to attend the dinner afterwards.  There was plenty of food.  However, there were a few stand out dishes that his family made. 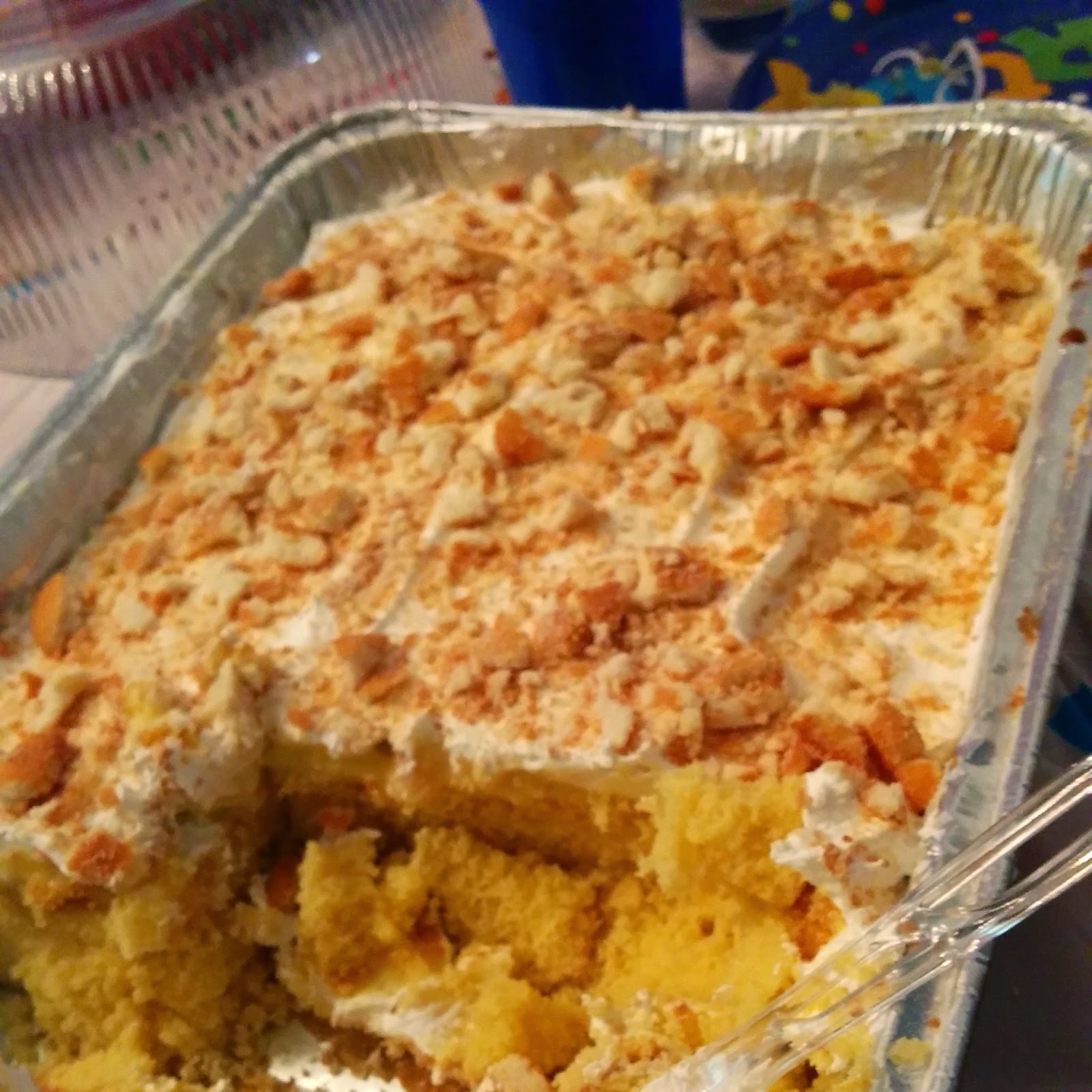 One thing that was so good was a banana pudding cake.  It tasted just like banana pudding, but it was in a cake form.  It was so delicious. 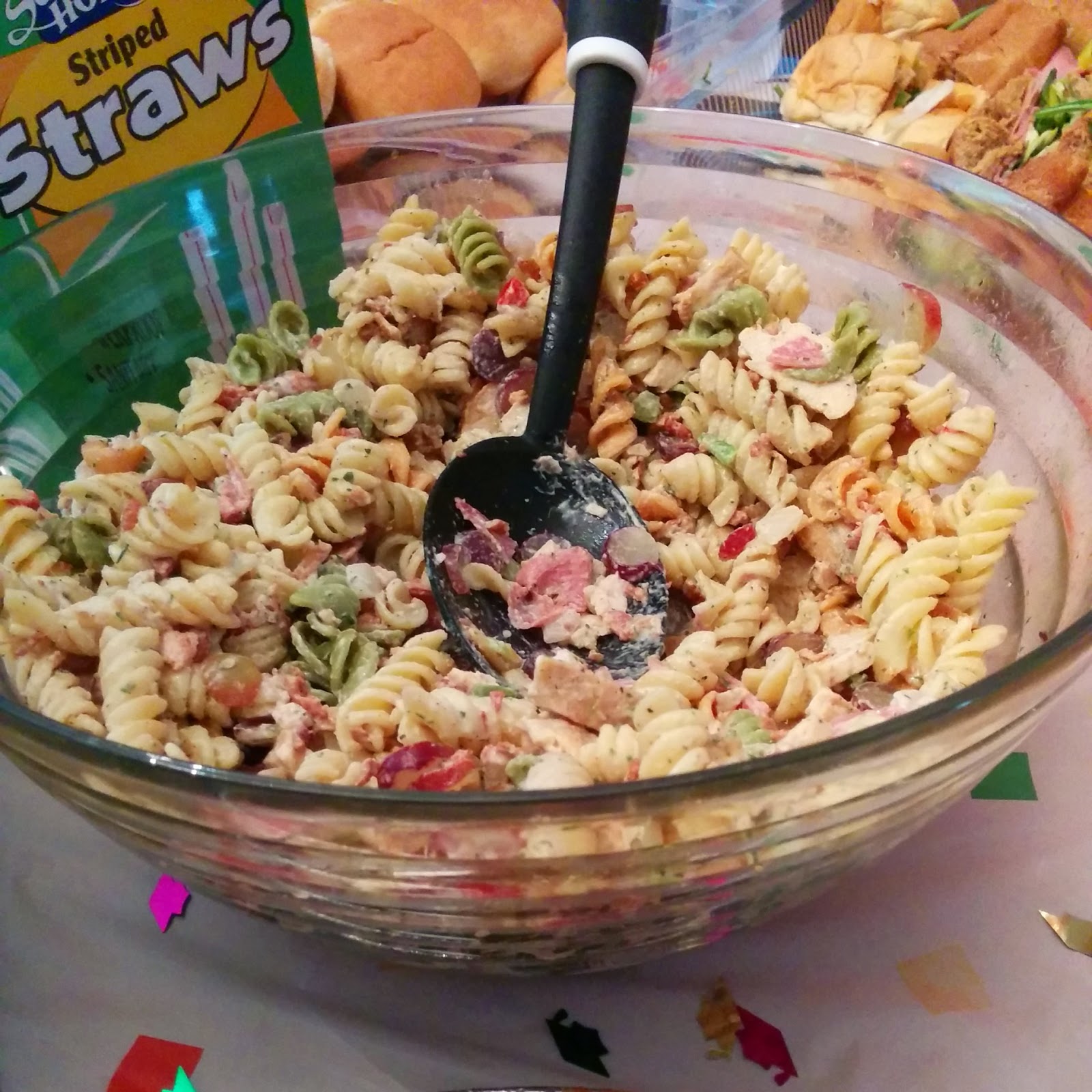 Another dish that was super tasty was the pasta salad.  It also had chicken in it.  It was amazing.

There was also burgers, meatballs, rotel, and some delicious chicken. I meant to take a picture of the chicken.

Everything was good.  I love eating home cooked food.