The other day, we were walking around town, getting some exercise.  Well, I became thirsty.  I wanted a healthier option besides a soda.  We came upon a Smoothie King, so I decided I would get one.

I rarely get a smoothie, because too often they are too sweet.  Fruit is naturally sweet; I have no idea why more sweeteners are added.  I also thing they have way too many calories to be a drink.  It's the same as a meal.  I also think the sizes are too large. 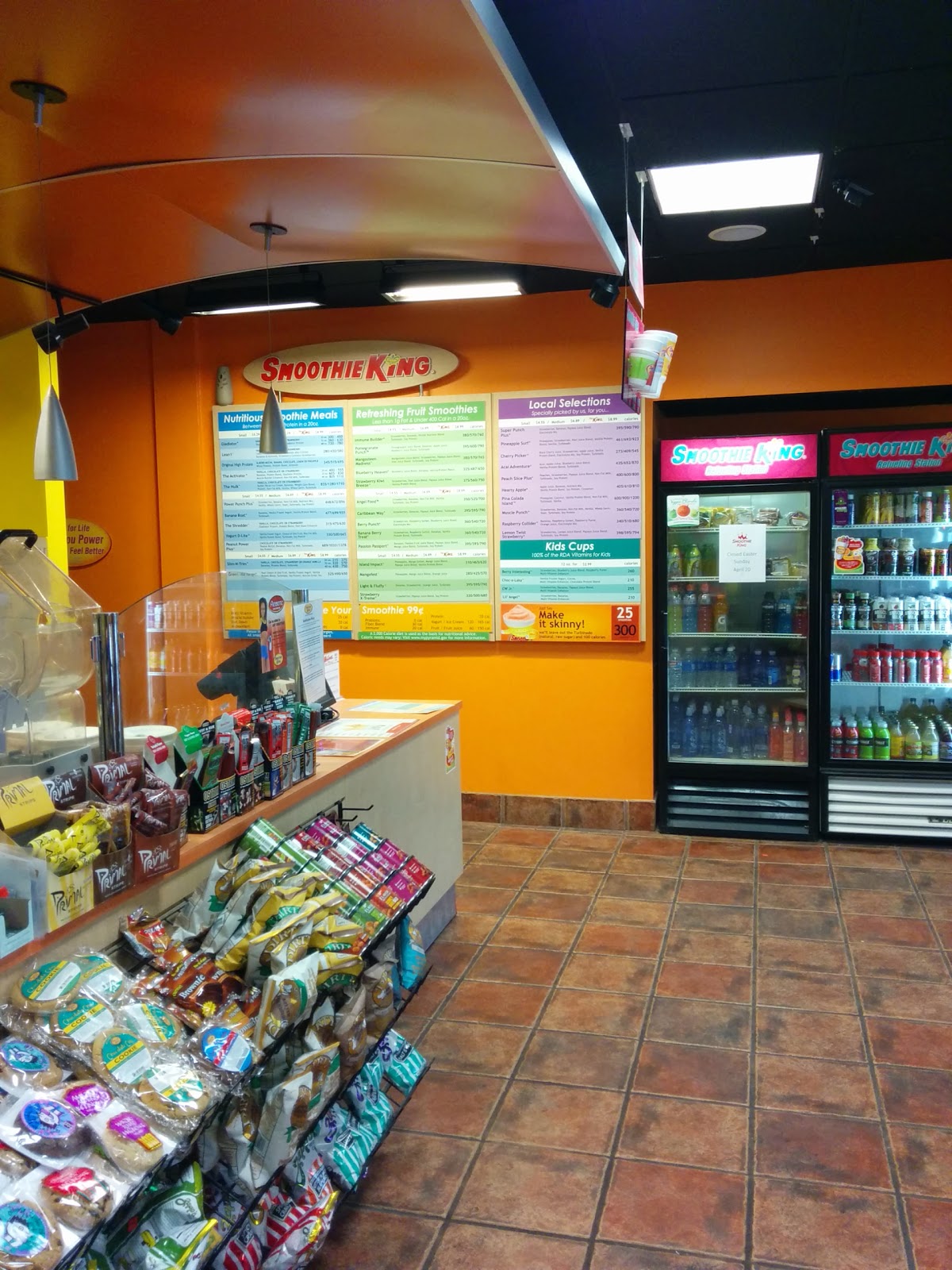 Anyway, I had trouble deciding on what flavor I wanted.  They have basically anything you can imagine, even ones like peanut butter and chocolate.

They have their menu divided into what you are trying to accomplish (fitness, slim, wellness, energy, etc).  They also have the calorie count listed for your convenience, which was actually a deterrent for me from many of them.

I ended up with Peach Slice Plus, which is "Peaches, Strawberries, Papaya Juice Blend, Non-Fat Milk, Turbinado, Soy Protein."  It was good, but it was just too much.  I wish I had made it skinny to get rid of some of the sweetness.  I also wish I had gotten a kid's size.